T-Birds Battle Through Hurricanes In Overtime 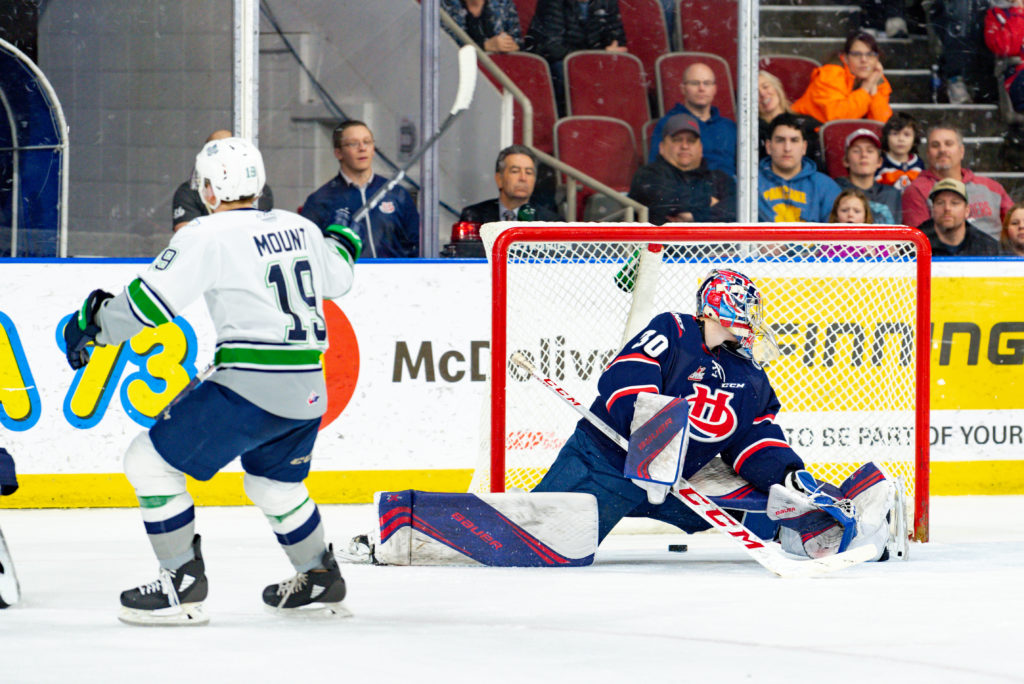 Mount scores in overtime for 5-4 win over Lethbridge

Rybinski battled two Lethbridge players for the puck along the right wall in the offensive zone. Rybinski was able to push the puck towards the slot and then chased after it. Rybinski got the puck, took a stride and then dropped it to Mount. Mount beat Lethbridge Hurricanes goalie Bryan Thomson at 1:50 of overtime on the glove side to give the Seattle Thunderbirds a 5-4 victory.

Rybinski had a goal and two assists in the game and has four goals and six assists in his last four games.

This was the first of three games in the Central Division for the T-Birds. They play the Medicine Hat Tigers on Saturday at 6:30pm and the Swift Current Broncos on Sunday at 2pm.

Seattle came back from a goal down in the middle of the third period when Max Patterson tied the game 4-4 at 12:50. Cade McNelly made a very good play to keep the puck in the offensive zone at the left point. McNelly skated into the slot and put a backhand shot on goal. The puck rebounded off Thomson and went around the left wall. Bruggen-Cate got the puck and fed Lucas Ciona, who was covering for a pinching McNelly, at the left point. Ciona took slap shot with McNelly screening Thomson. The shot came to Patterson to the left of the net and he banged it past the prone goalie for his fifth goal of the season.

Lethbridge went in front 1-0 at 3:16 of the first period on a goal from Chase Wheatcroft.

Seattle tied the game 1-1 at 7:39 of the first on the power play. Jeri-Leon passed the puck to Andrej Kukuca at the mid-point. Kukuca held the puck then moved it to Rybinski in the left circle. Rybinski one-timed the pass and beat Thomson over the blocker going bar down.

The Hurricanes took a 2-1 lead on a power-play goal by Zack Stringer at 12:30 of the first.

Keltie Jeri-Leon gave their first lead of the game at 3:14 of the second period. Rybinski held the puck along the right boards as his team changed lines. Two Hurricane defenseman collapsed on Rybinski and he backhanded the puck to Jeri-Leon coming into the zone. Jeri-Leon skated into the right circle and beat Thomson over the glove for his team leading 13th goal of the season.

The Hurricanes took a 4-3 lead at 13:15 of the second on a five-on-three power-play goal by Logan Barlage.