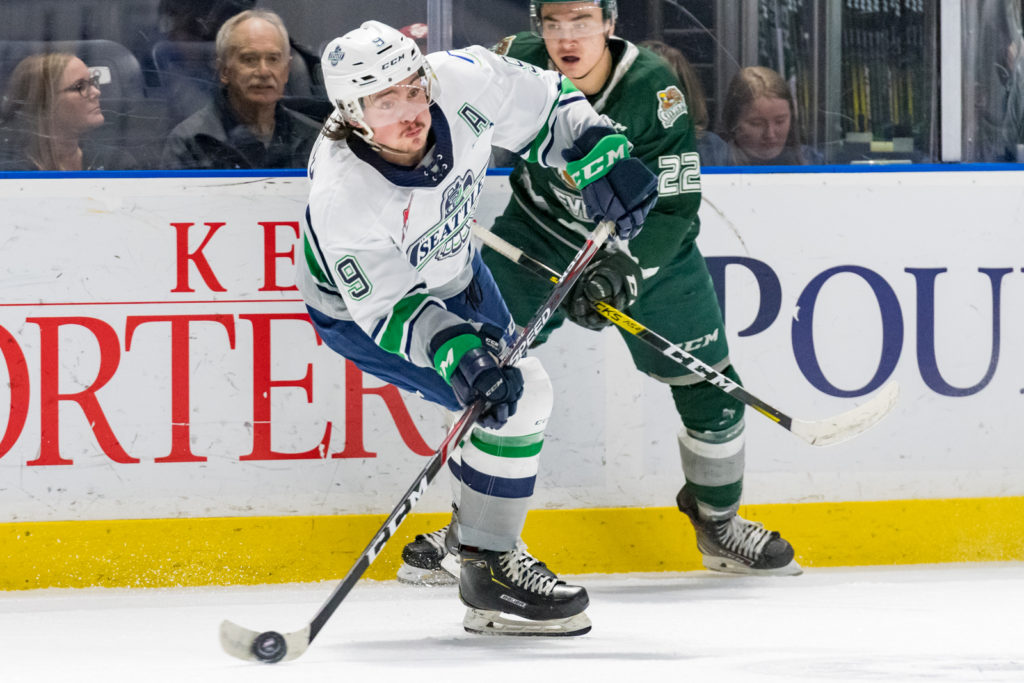 Jeri-Leon and Mount score in 3-2 loss to Silvertips

The T-Birds next game is Friday at the Vancouver Giants at 7:30pm. They then host the Giants on Saturday at 6:05pm. Single game tickets are on sale online on the T-Birds website and at the accesso ShoWare Center box office.

The T-Birds magic number to clinch the second Wild Card playoff spot is six points. The T-Birds, at 55 points, are seven points ahead of the Prince George Cougars who have a 20-34-4-4 record (48 points) with six games remaining, meaning the Cougars can get at the most 60 points. Any combination of the T-Birds earning points and the Cougars losing points equaling six puts the T-Birds in the playoffs.

Seattle tied the game 1-1 at 2:23 of the second period on a power-play goal by Keltie Jeri-Leon. Henrik Rybinski won a faceoff in the right circle that Conner Roulette tapped back to Jeri-Leon at the right point. Jeri-Leon held the puck then took a wrist shot with traffic in front of Everett goalie Dustin Wolf. Jeri-Leon’s shot hit the top left corner of the net for his 23rd goal of the season.

The Silvertips went in front 2-1 at 11:12 of the second on a goal from Gage Goncalves. 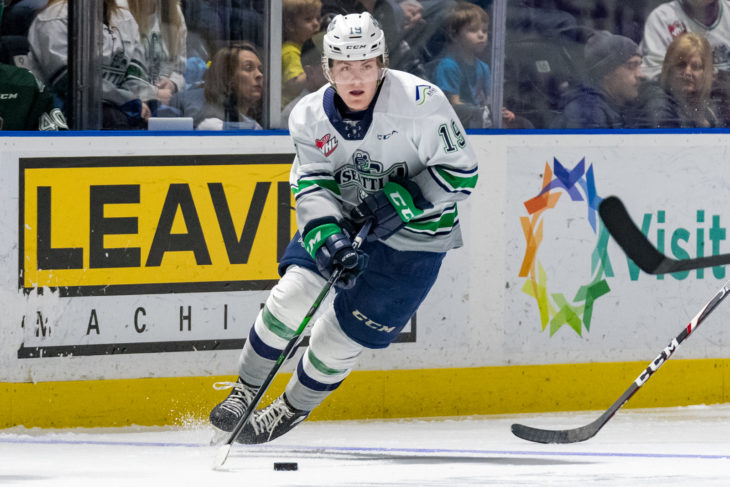 The T-Birds battled back in third period and scored a power-play goal at 16:49 to cut the Everett lead to one goal. With goalie Roddy Ross heading to the bench for an extra attacker, Owen Williams passed the puck from the right point down the wall to Roulette. Roulette made a cross ice pass to Payton Mount pinching down from the right point. Mount one-time the pass and beat Wolf low for his 15th goal of the season.

Ross was pulled for an extra attacker with under a minute to go in the game. Seattle generated pressure but could not find the tying goal.