T-Birds Battle But Fall To Rockets 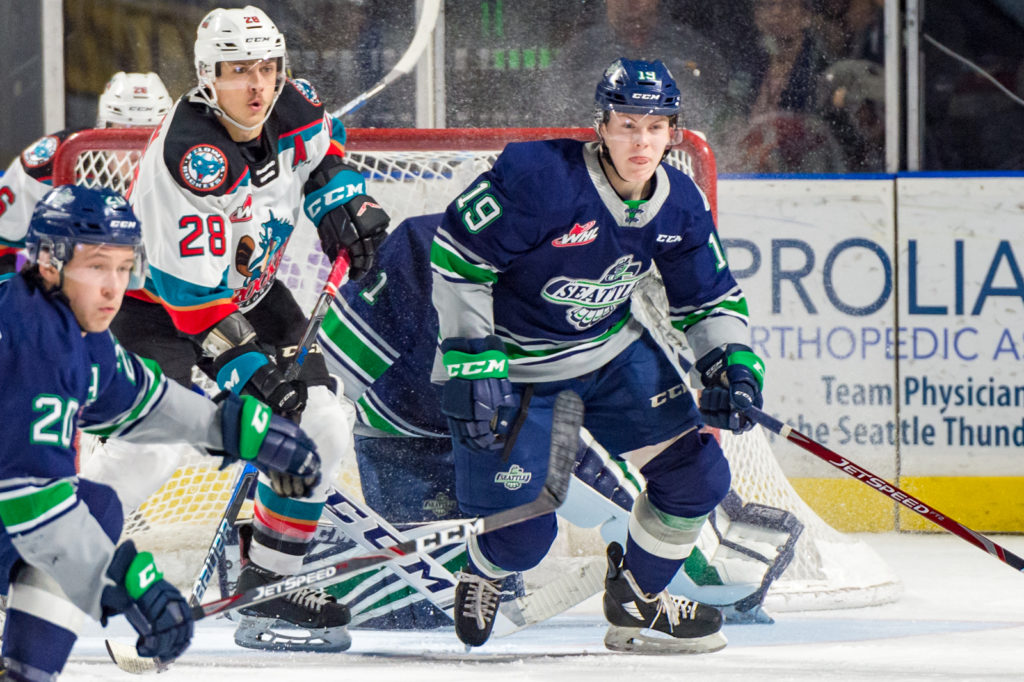 Bruggen-Cate and Mount score in 3-2 loss to Kelowna

Down a goal late in the third period Seattle pulled goalie Roddy Ross for an extra attacker. The T-Birds got several good chances but Kelowna goalie Cole Schwebius made the saves.

The Rockets extended the lead to 2-0 with a power-play goal by Dillon Hamaliuk at 16:27 of the first.

Seattle tied the game 2-2 with two goals in 32 seconds in the second period.

Alex Morozoff moved the puck up the right wing to Andrej Kukuca. Kukuca made a cross ice pass to Conner Bruggen-Cate skating with speed up the left wing. Bruggen-Cate took the pass in stride, skated into the left circle and beat Kelowna goalie Cole Schwebius with a hard wrist shot over the glove at 7:30 of the second.

Kelowna was called for a penalty 22 seconds after Bruggen-Cate’s goal and the T-Birds capitalized. Kukuca had the puck along the left boards and passed it to Simon Kubicek at the left point. Kubicek skated to the midpoint and took a wrist shot with Payton Mount in the slot. Mount tipped Kubicek’s shot past Schwebius at 8:02 for his third goal of the season.

Hamaliuk scored at 9:24 of the third period to give the Rockets a 3-2 lead.