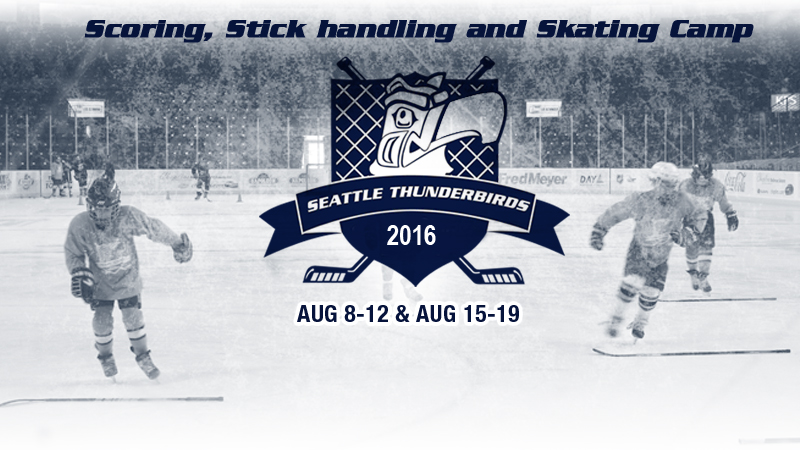 Kent, July 27, 2016 – The instructors for the Seattle Thunderbirds Scoring, Stick handling and Skating Hockey Camp at ShoWare Center have been named.

T-Birds assistant coach Matt O’Dette, former T-Bird captain Jerret Smith and right wing Luke Osterman are the lead instructors at the Camp. Right wing Luke Ormsby will be an instructor at the first week of the camp.

The 2016 Scoring, Stick Handling and Skating Hockey Camp will consist of four groups. There are three youth groups: Group A for 6-8 year-olds, Group B for 9-11 year-olds and Group C for 12 year-olds and up. There will also be an Adult Group for players 18-years-old and older.

Participants at the Camp can get half off the price of the second week if they sign up for both weeks of the camp.