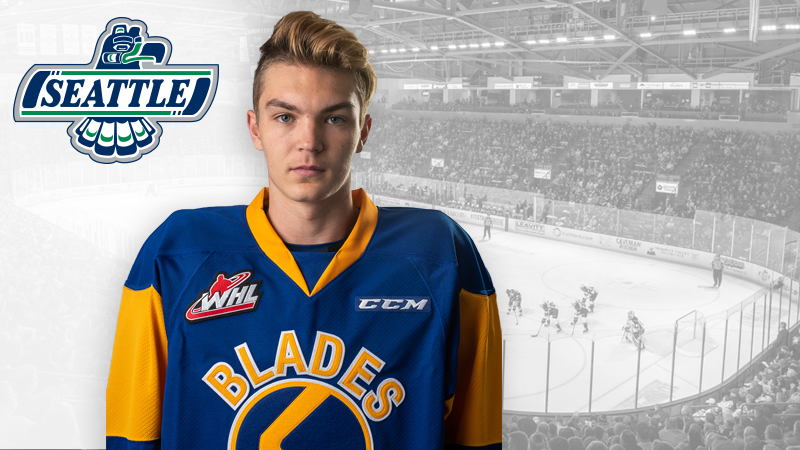 “We’re excited to add Zach to our roster,” said La Forge. “He was a point a game defenseman in midget last year and is another player we are adding who has an offensive pedigree.”

“Both Zach and Reece will get a fresh start with new teams,” continued La Forge. “Reece had a good T-Birds career and we wish him the best of luck with the Blades.”

Ashton, born in 2001, has played nine games this season with the Blades and has one assist. Last season he played 35 games for the Calgary Buffaloes Midget AAA team in the AMHL and had five goals and 26 assists for 31 points. Ashton was selected by the Blades in the third round, 50th overall, in the 2016 Bantam Draft.