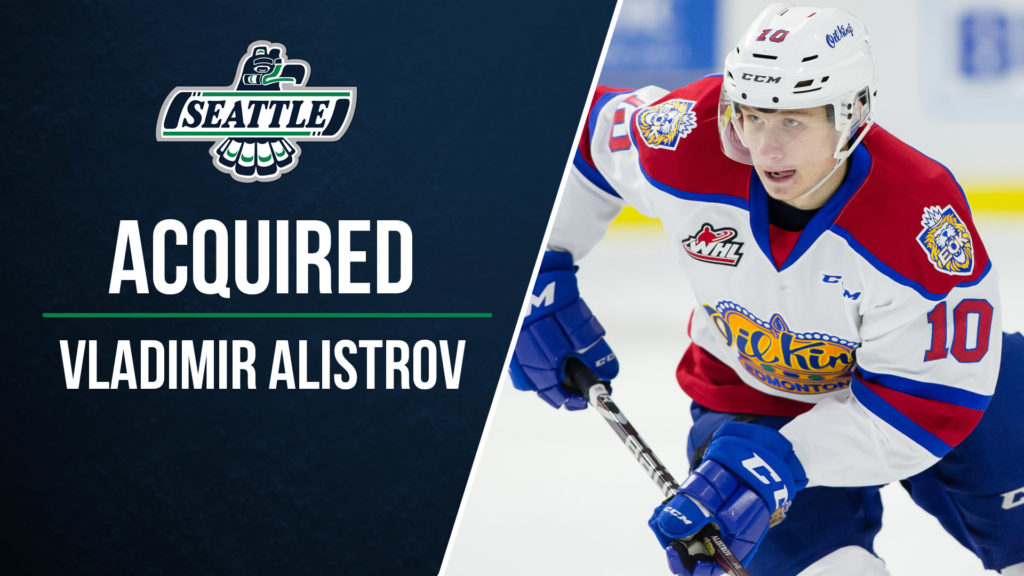 “I want to thank Simon for his two years as a Thunderbird and wish him the best with the Oil Kings and in his hockey future,” said La Forge. “Alistrov is an interesting option for our team.”

Alistrov, from Mogilev, Belarus, had 19 goals and 16 assists for 35 points in 57 games last season with the Oil Kings. He represented his country at the 2020 U20 Division 1 Group A World Championship in Minsk, Belarus. Alistrov had a goal and three assists in five games as Belarus won the bronze medal.

Alistrov was selected by the Oil Kings with the second overall pick in the 2018 Import Draft. In two seasons with the Oil Kings Alistrov has played 119 games and has 31 goals and 42 assists for 73 points.

Kubicek had seven goals and 20 assists for 27 points in 52 games last season. He represented the Czech Republic at the 2020 World Junior Championships and had a goal and two assists in five games.

Kubicek was originally acquired in the second round, 89th overall, in the 2018 CHL Import Draft. In 113 games over two seasons with the T-Birds Kubicek has 16 goals and 39 assists for 55 points.