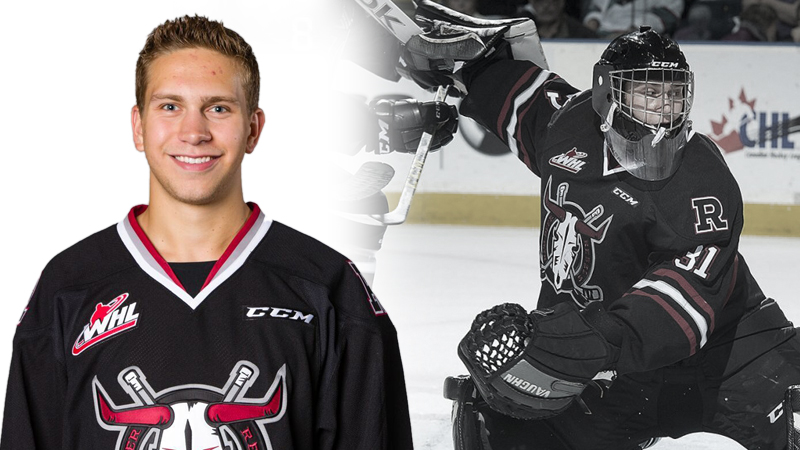 Seattle sends 3rd round pick in 2017 to Red Deer

KENT, September 16, 2016 — Seattle Thunderbirds general manager Russ Farwell today announced the team has acquired goalie Rylan Toth from the Red Deer Rebels in exchange for a third round selection in the 2017 Bantam Draft.

“We are excited to add Rylan to our team for this season,” said Farwell.  “Rylan gives us extensive playoff experience and solid goaltending which is critical. I know our returning guys are excited and looking forward to the season and this was a chance to improve our team in net.”

Toth was the Rebels goaltender for all four of their games at the MasterCard Memorial Cup last year. He finished the tournament with a 2-2-0 record, a .901 save percentage and a 2.99 goals against average.

Toth has appeared in 101 games with Red Deer over two seasons and has a 54-33-4-6 career record with six shutouts. His career save percentage is .908 and his career goals against average is 2.75.

Toth is 20-years old and joins centers Scott Eansor and Cavin Leth as the three 20-year olds on the T-Birds roster.

The T-Birds will conclude their preseason schedule with a home-and-home series against the Everett Silvertips this weekend. The T-Birds host the Silvertips on Friday at 7:35pm at ShoWare Center and then are in Everett on Saturday at 7:05pm.

T-birds Touchdown on Spokane
1 week ago

Simon Lovsin Signs with the Thunderbirds
2 weeks ago