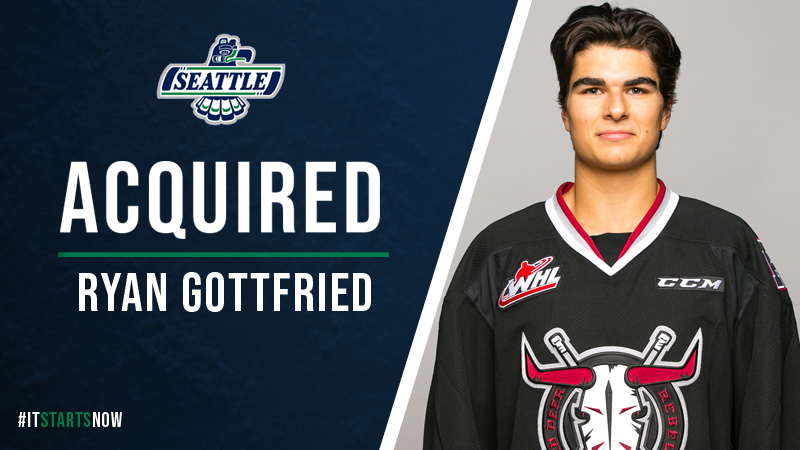 KENT, October 2, 2019 — Seattle Thunderbirds general manager Bil La Forge announced today the team has acquired defenseman Ryan Gottfried from the Red Deer Rebels in exchange for the rights to defenseman Noah Barlage and a conditional seventh round pick in the 2022 Bantam Draft.

“Ryan is a big, strong defenseman who will compete for a spot while also adding to our depth on the back end,” said La Forge.

Gottfried, from Winnipeg, Manitoba, is a 6’4, 207-pound left shot defenseman who has played in two games this season. Last year with the Rebels Gottfried played in 46 games and had a goal and seven assists for eight points.

Barlage was originally selected by the T-Birds in the seventh round, 142nd overall, in the 2018 Bantam Draft.

The T-Birds next game is tonight at the Kamloops Blazers at 7pm. They travel to Spokane to take on the Chiefs on Friday at 7:05pm. The T-Birds return to accesso ShoWare Center on Saturday to take on the Victoria Royals at 6:05pm.