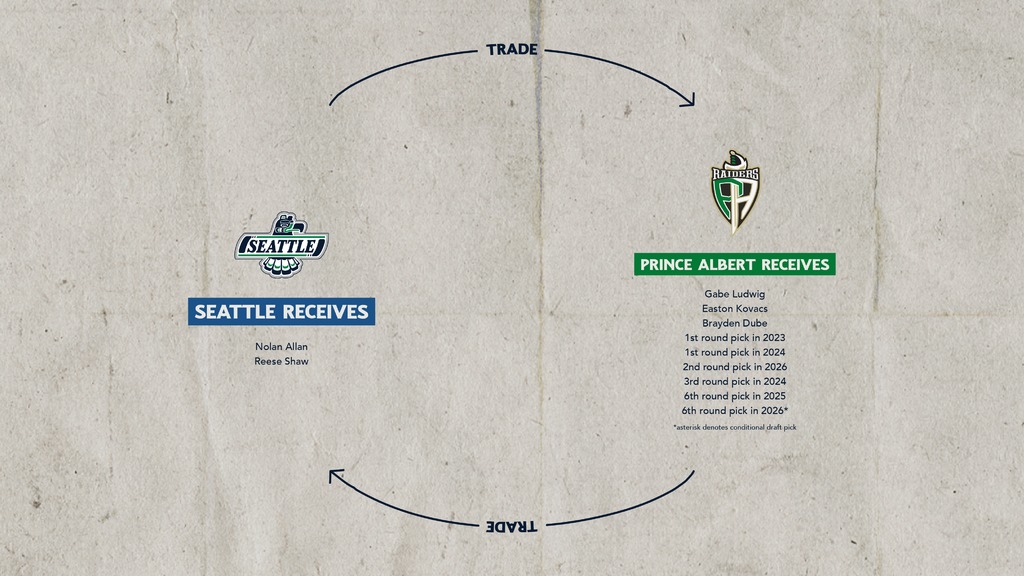 “We’d like to thank Gabe, Easton, and Brayden for their time in Seattle, “says General Manager, Bil La Forge. “We wish them the best of luck in Prince Albert.”

Drafted by the Prince Albert Raiders in the 2018 WHL Draft, Allan has played a total of 162 games with the Raiders and has recorded 14 goals and 49 assists for a total of 63 points.

Allan was then selected in the first round, 32nd overall of the 2021 NHL Entry Draft by the Chicago Blackhawks.

Thunderbirds Jet Past Everett
60 mins ago