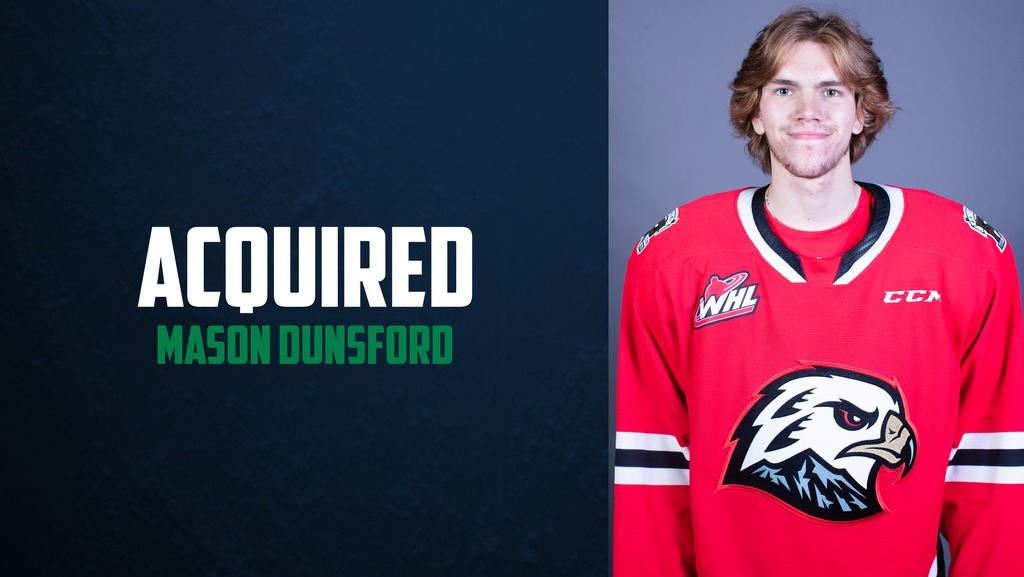 KENT, September 10, 2021 — Seattle Thunderbirds have announced that the team has acquired goalie Mason Dunsford from the Portland Winterhawks in exchange for a conditional fifth round pick in the 2023 WHL Prospects Draft.

Dunsford, a 2003 born goalie, appeared in 23 career games with the Tri-City Americans before being traded to Portland.

“We look forward to having Mason join us,” says general manager Bil La Forge. “With the exhibition season about to start, it’s great to add another talented goalie to our group.”