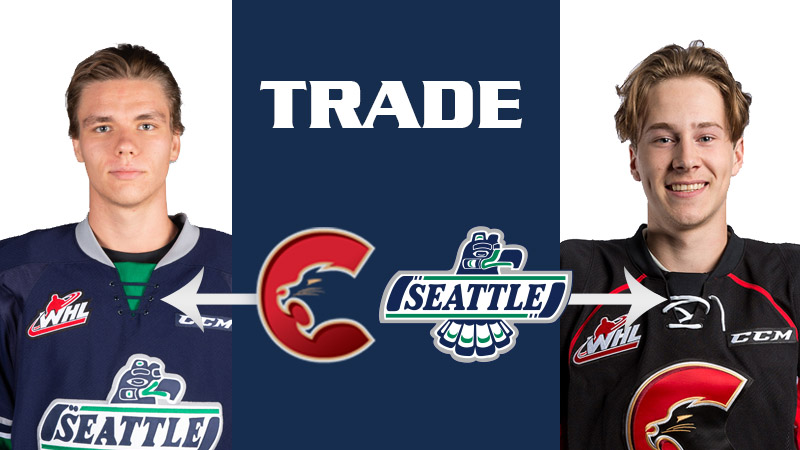 “Mike has been a valued contributor for the T-Birds who has really developed with us in the last year,” said La Forge. “But with only three 20-year-old spots available we had to make a move. With this trade we were able to find a team for Mike to continue playing in the WHL. We are excited to add Keegan as he is a player who will add depth to our team.”

Craik, a 2001-born forward from Brentwood Bay, British Columbia, has played two games in the preseason with the Cougars. Last season he played in two regular season games with the Cougars and 27 games with the Delta Hockey Academy in the CSSHL. Craik had 13 goals and 16 assists for 29 points with Delta. He was originally a fifth-round selection, 98th overall, in the 2016 Bantam Draft.

Schoenfeld, a 2002-born defenseman, attended the T-Birds Training Camp and had an impressive showing. Last year Schoenfeld played 32 games with the Okanagan Hockey Academy in the CSSHL and had one goal and eight assists for nine points.

The T-Birds wrap up preseason play with back-to-back games against the Everett Silvertips. They will play on Tuesday at 7:05pm at the accesso ShoWare Center. The T-Birds will travel to the Angel of the Winds Arena on Saturday to play the Silvertips at 7pm in their final preseason game. Tickets for the preseason game on Tuesday, September 11 are now on sale.