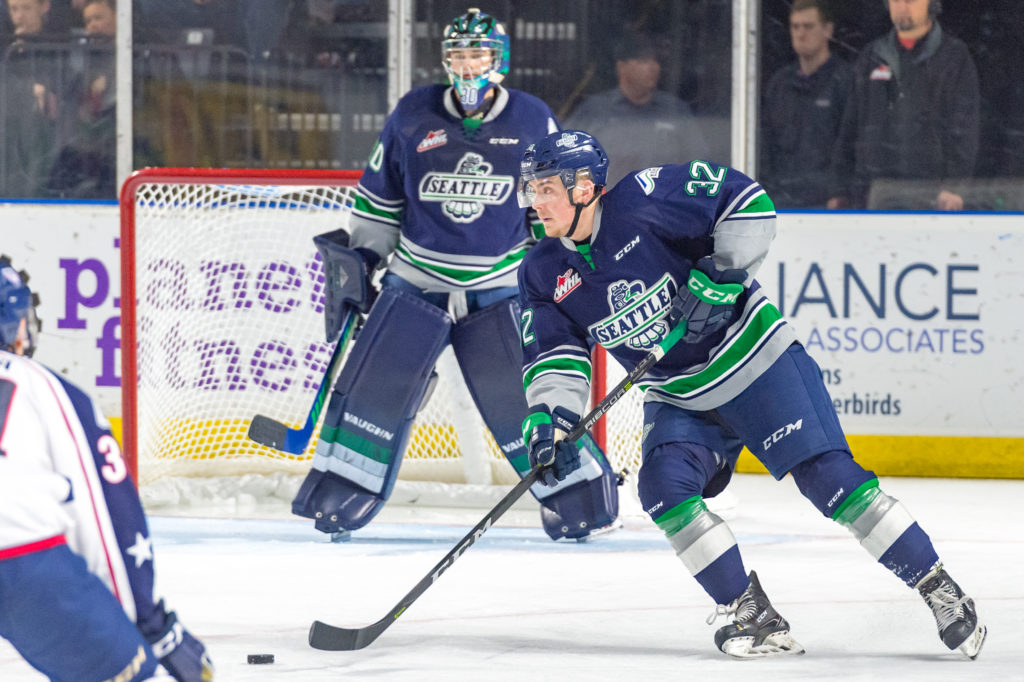 KENT, January 10, 2019 — Seattle Thunderbirds general manager Bil La Forge this morning announced the team has acquired an eighth round pick in the 2019 Bantam Draft from the Prince Albert Raiders for defenseman Loeden Schaufler.

Schaufler has appeared in 21 games this season and has two assists. In 57 games over three seasons with the Kootenay Ice and T-Birds he has eight assists.

The T-Birds have two games remaining on a six-game road trip to the East Division. They are 2-2-0-0 on the road trip, which continues Friday, January 11 against the Moose Jaw Warriors at 5pm and Saturday, January 12 against the Swift Current Broncos at 5pm.