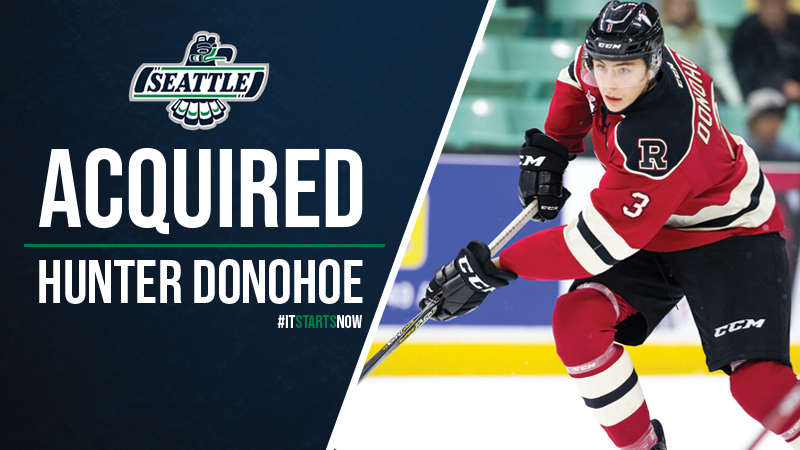 KENT, August 26, 2019 — Seattle Thunderbirds general manger Bil La Forge announced today the team has acquired defenseman Hunter Donohoe from the Red Deer Rebels in exchange for the rights to goalie Louden Hogg and a conditional seventh round pick in the 2020 Bantam Draft.

“We are happy to bring in Hunter. He is a player with WHL experience that will address our depth on the blue line,” said La Forge.

The T-Birds start the preseason at the Delta Hotels Preseason Classic in Everett. They will play their first game at the Classic against the Vancouver Giants on Friday, August 30, at 11:30am. Classic play will continue the following day as the T-Birds face the Tri-City Americans on August 31 at 3pm. The Classic ends for the T-Birds on Sunday, September 1, as they play the Everett Silvertips at 7pm.