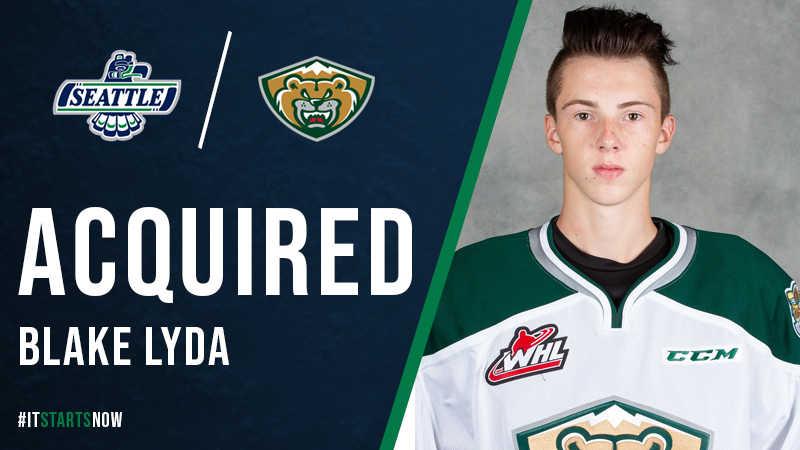 Seattle sends third round pick in 2021 to Everett

KENT, May 2, 2019 — Seattle Thunderbirds general manager Bil La Forge this afternoon from the Bantam Draft announced the team has acquired goalie Blake Lyda from the Everett Silvertips in exchange for a third round pick in the 2021 Bantam Draft.

“Blake is a very talented young goalie with excellent size and technique,” said La Forge. “He adds depth to our group and will push hard for a spot on the team at training camp this year.”

Lyda, from Edmonton, played in three games with the Silvertips in the 2017-18 season and had a 0-1-1-0 record with a 3.24 goals against average and a .896 save percentage. Lyda spent last season with the CAC Canadians Midget AAA team in the AMHL.

Lyda was originally drafted by the Silvertips in the fourth round, 86th overall, in the 2017 Bantam Draft.