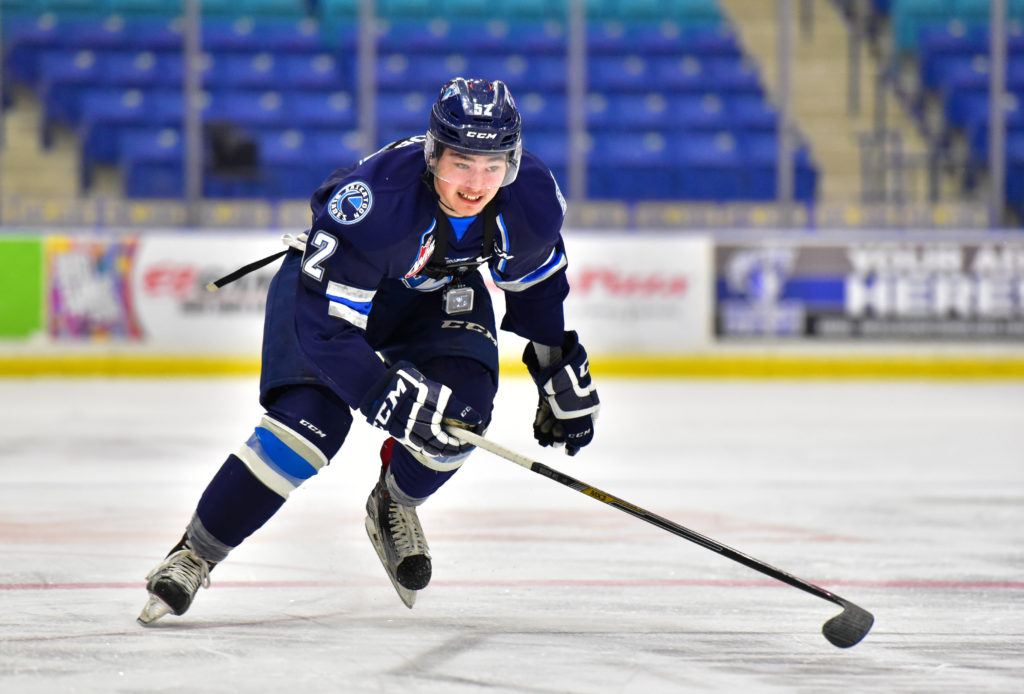 Bishop has played five preseason games this season and has four assists. Bishop played 40 games in his rookie season last year with the Blades. He had two assists and 21 penalty minutes.

“Anthony missed some time due to injury last year but we think he can fill our need for depth on defense,” said Farwell. “He is a puck moving defenseman who also plays with some bite to his game which is always welcome.”

“We wanted to find a good opportunity for Logan Flodell and with the issue that developed with Jared Pelechaty’s health we were left with a big hole on our defense.  This move accomplished both of those objectives.”

The T-Birds will conclude their preseason schedule against the Everett Silvertips on Saturday at 7:05pm in Everett.