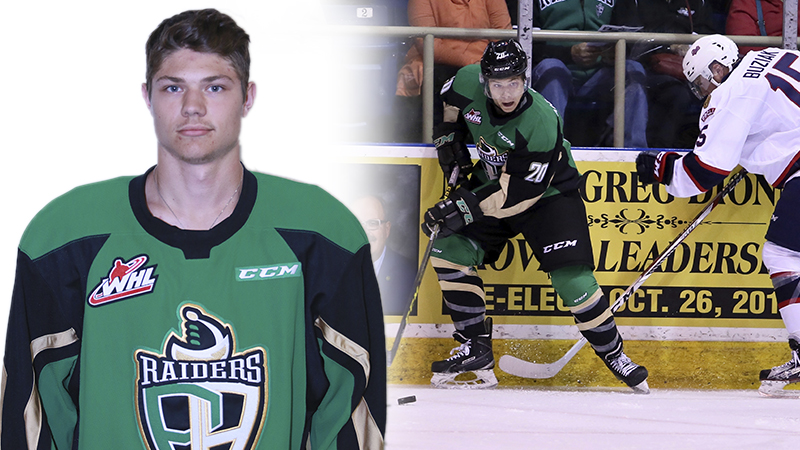 Andrusiak, from Yorkton, Saskatchewan, is 5’11 and 177-pounds and has one goal and one assist in eight games for the Raiders this season.