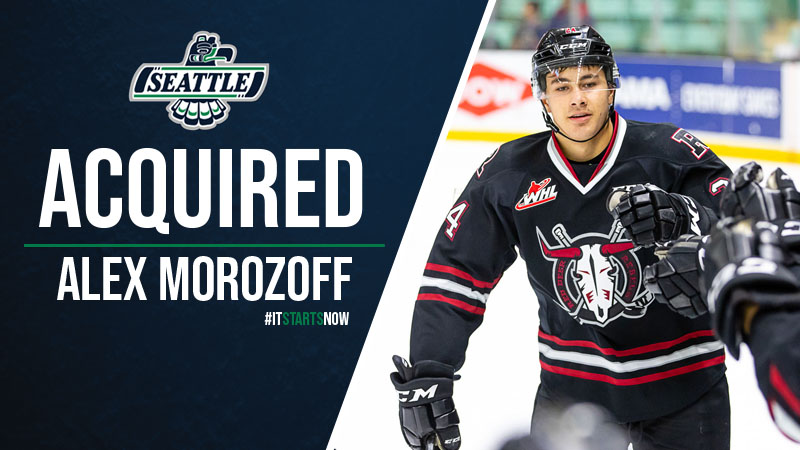 Seattle sends fifth round pick in 2021 Bantam Draft to Rebels

“Alex is a player I have liked for quite a while,” said La Forge. “I think he will come in and compete for quality minutes and will be a really good addition to our lineup.”

Morozoff played 64 games for the Rebels last season and had eight goals and seven assists for 15 points. In two seasons in Red Deer he has played in 94 games and has 14 goals and nine assists for 23 points.

Morozoff, from Saskatoon, was originally selected by the Rebels in the seventh round of the 2016 Bantam Draft. He is a 2001 born player and is 6’0 and 189 pounds.

T-Birds single game tickets for the 2019-20 season are on sale online on the T-Birds website and at the accesso ShoWare Center box office.