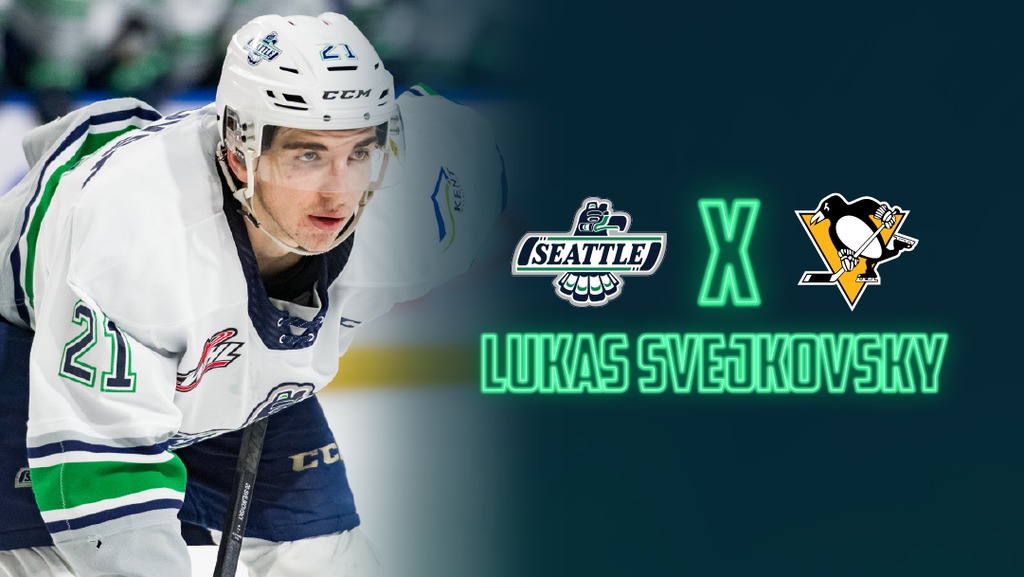 KENT, April 5, 2022 — The Seattle Thunderbirds have announced that right wing Lukas Svejkovsky has signed a three-year entry level contract with the Pittsburgh Penguins.

Svejkovsky was selected by the Penguins in the fourth round, 108th overall, in the 2020 NHL Draft.

“Congratulations to Lukas and his family, this signing is a result of a lot of hard work,” says general manager Bil La Forge. “Lukas has been a great T-Bird since we acquired him earlier in the year. He is a player that works on his game and is great in the dressing room. I look forward to watching him in a Penguins uniform after a long and successful playoff run with us this year.”

The Seattle Thunderbirds have made the 2021/22 playoffs! Find out how you can get 12 tickets for the price of 10 tickets PLUS two free beers by calling the Thunderbirds office at 253-239-7825.