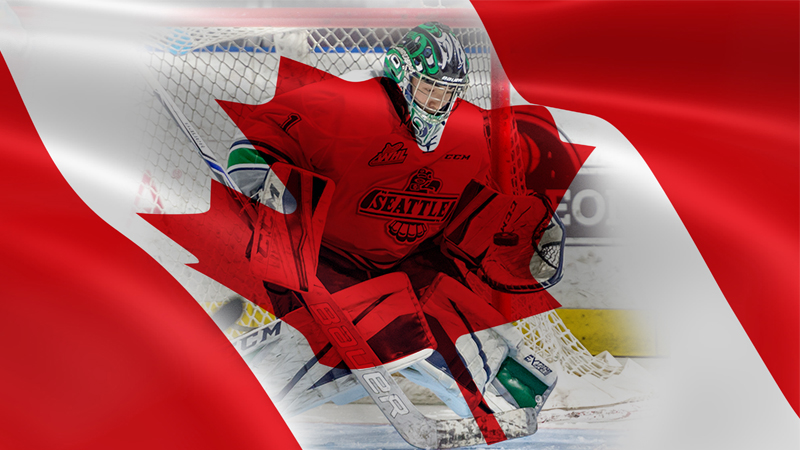 KENT, June 5, 2017 — Hockey Canada this afternoon announced Seattle Thunderbirds goalie Carl Stankowski has been invited to the Program of Excellence Goaltending Camp from June 9 to June 11 at the Markin MacPhail Centre at WinSport’s Canada Olympic Park in Calgary, Alberta.

The weekend-long camp brings together some of Canada’s top goaltending talent with elite-level instructors from across North America. The camp is the initial evaluation stage for summer development and selection camps in the Under-17, Under-18 and Under-20 levels.

Stankowski backstopped the T-Birds to the WHL Championship this past season. In 20 playoff games Stankowski was 16-2-2 with a 2.50 goals against average and a .911 save percentage. Stankowksi will be one of seven goalies taking part in the Under-18 goaltending camp.

“For the past 11 years, this goaltending camp has allowed us to monitor, evaluate and continue to develop elite-level players in a short amount of time,” said Scott Salmond, Hockey Canada’s vice-president of hockey operations and men’s national teams. “Some players have just ended their seasons, but the opportunity to scout them all season and through this camp, we’re able to look ahead and plan for our development and selection camps with the talent we have.”

Season tickets for the WHL Champion T-Birds 2017-18 season are currently on sale. Season tickets can be purchased by calling the T-Birds office at 253-239-7825.