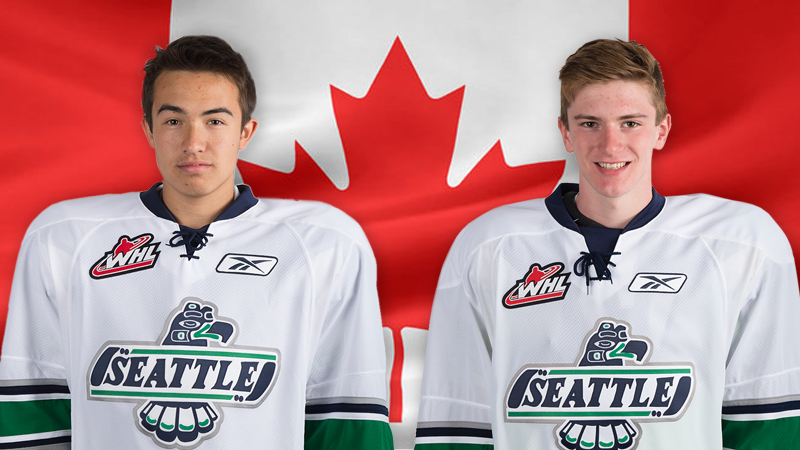 Stankowski headed to U-18 camp, Lee going to U-17 camp

Stankowski backstopped the T-Birds to the WHL Championship this past season. In 20 playoff games Stankowski was 16-2-2 with a 2.50 goals against average and a .911 save percentage. Stankowksi will be one of seven goalies taking part in the Under-18 goaltending camp.

Lee will take part in the Under-17 Development Camp. Lee is one of 111 players from across Canada at the Camp. This season Lee appeared in four games with the T-Birds las season but did not register a point. Lee was with the T-Birds during the run to the WHL Championship and played in two playoff games.

Lee was the T-Birds first round selection, 18th overall, in the 2016 Bantam Draft. Lee played 32 games for the Sherwood Park Kings Midget AAA team last season and had three goals and nine assists for 12 points with 45 penalty minutes.

The T-Birds open the 2017-18 preseason on September 1 against the Vancouver Giants at 11:30am at the Delta Hotels Preseason Classic at Xfinity Arena. The T-Birds 2017-18 regular season schedule will be announced in the coming weeks.