Spencer Michnik Signs with the Thunderbirds 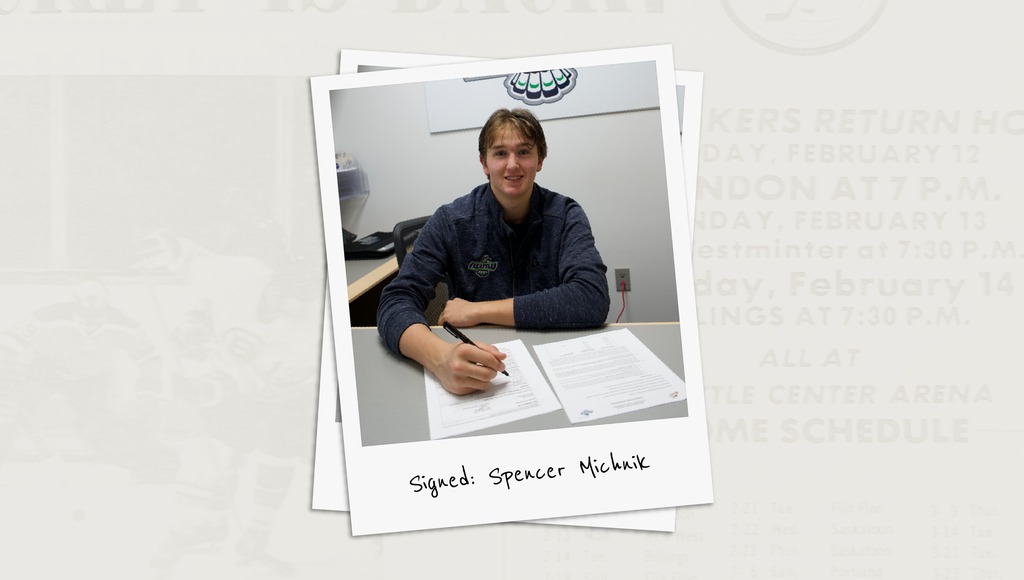 KENT, September 9, 2022 — The Seattle Thunderbirds have announced goalie Spencer Michnik has signed a WHL Standard Player Agreement with the team.

Michnik, from Sylvan Lake, Alberta, was selected by the T-Birds 96th overall, in the 2021 WHL Prospects Draft.

“Spencer’s great frame and work ethic make him an exciting part of our future,” said General Manager, Bil La Forge. “He has been excellent all camp and we look forward to seeing him develop as the season progresses.”

By signing a WHL Standard Player Agreement, Michnik is guaranteed a WHL Scholarship for every year he plays in the WHL. A player is able to attend any career enhancing institution of his choice, including universities, colleges, technical institutes, trade schools, or any other institution which will help the player achieve his academic and career goals.