Simon Lovsin Signs with the Thunderbirds 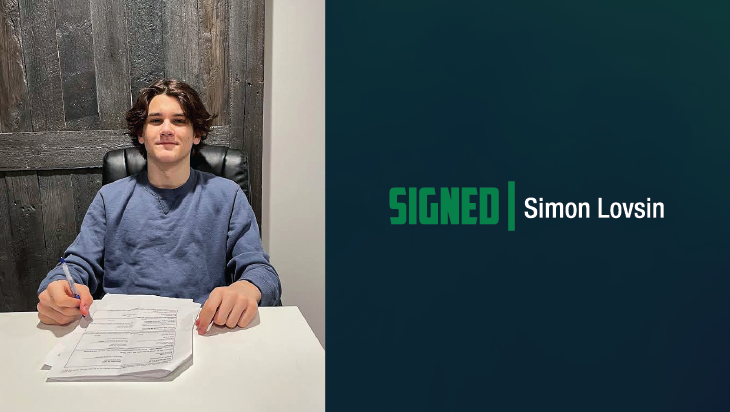 KENT, January 18, 2021 — The Seattle Thunderbirds have announced forward Simon Lovsin has signed a WHL Standard Player Agreement with the team. Lovsin was selected by the T-Birds in the 2021 WHL Prospects Draft in round two, 44th overall.

“Simon is a very well-rounded player that plays a complete game both offensively and defensively,” said Director of Player Development, Steven Goertzen. “He has great hockey sense; play making ability and can easily find chemistry with his teammates. He competes hard, sees the ice well and can strip pucks with a great stick, allowing him to excel in a puck possession game. We have seen his progress first-hand over the years in the Saints Pro Hockey Academy and we are excited to see him become an impact player at the WHL level.”

“We are really excited to see Simon continue his development within our organization,” said General Manager, Bil La Forge. “He plays the game the way we like to see it played.”

By signing a WHL Standard Player Agreement, Lovsin is guaranteed a WHL Scholarship for every year he plays in the WHL. A player can attend any career enhancing institution of his choice, including universities, colleges, technical institutes, trade schools, or any other institution which will help the player achieve his academic and career goals.

T-birds Doubled Up in Game Three
8 hours ago