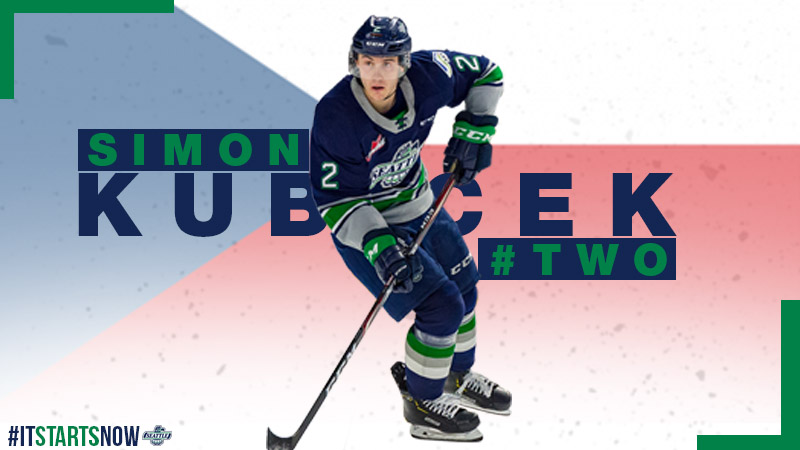 “We are excited for Simon that he has the opportunity to represent his country and play on the world stage,” said La Forge. “Simon is continually developing his game with us and has shown he is worthy of the invite to the Czech Training Camp.”

Kubicek has been listed by NHL Central Scouting on the updated Players To Watch List for the 2020 NHL Draft. Kubicek received a ‘C’ rating from NHL Central Scouting which indicates he is a fourth, fifth or sixth round candidate for the 2020 NHL Draft. Kubicek, born December 19, 2001, is in his second season with the T-Birds and has four goals and 10 assists in 25 games. Last season he had nine goals and 19 assists for 29 points with 57 penalty minutes in 61 games. Kubicek was selected by the T-Birds in the second round, 89th overall, in the 2018 CHL Import Draft.

The T-Birds have back-to-back games this weekend in Victoria against the Royals. The two teams play on Friday and Saturday at 7:05pm.