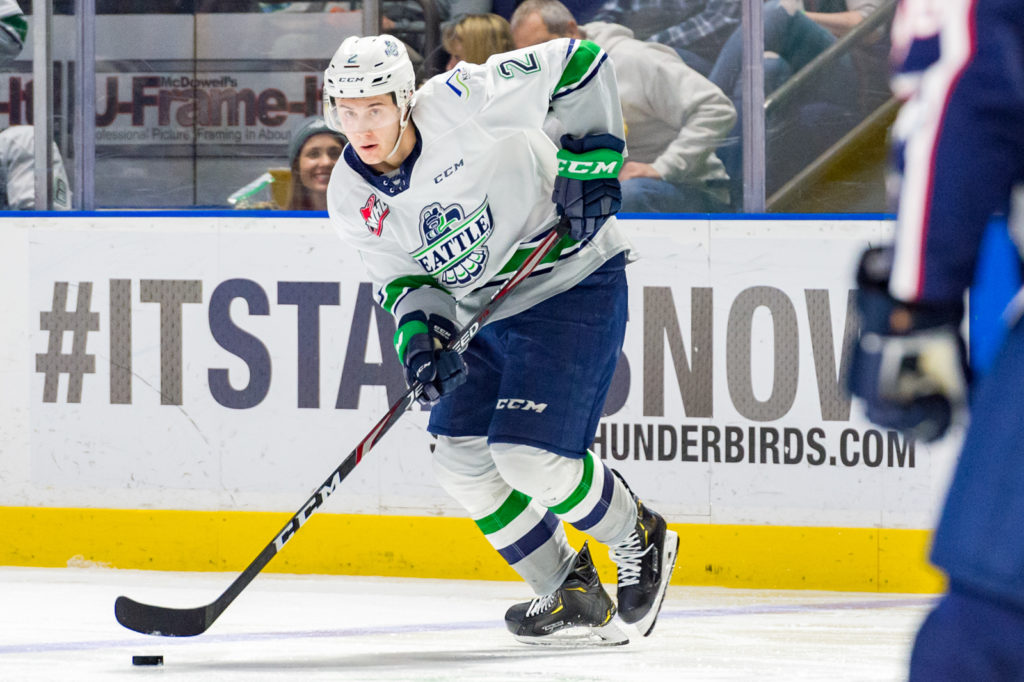 December 11, 2020 – Seattle Thunderbirds defenseman Simon Kubicek has been named to the 28-player roster for the Czech Republic for the 2021 World Junior Championship.

In his second season with the T-Birds last year Kubicek had seven goals and 20 assists for 27 points in 52 games. Kubicek played for the Czech Republic at the 2020 World Junior Championship. He had a goal and two assists in five games at the tournament.

In his first year with Seattle in the 2018-19 season Kubicek appeared in 61 games with nine goals and 19 assists for 28 points.

The Czechs have announced their 28-player roster for the WJC. #2021NHLDraft prospects Martin Rysavy and Jakub Brabenec among latest cuts.

Final cuts will be made in Edmonton. pic.twitter.com/IunQPOYhlZ

This week the Czech Republic held a pre-competition camp on home ice in a bubble. The 28 Czech players will now travel to Edmonton to continue training prior to the start of competition. The Czech team will still need to make three roster decisions as the roster maximum for the tournament is 25 players.