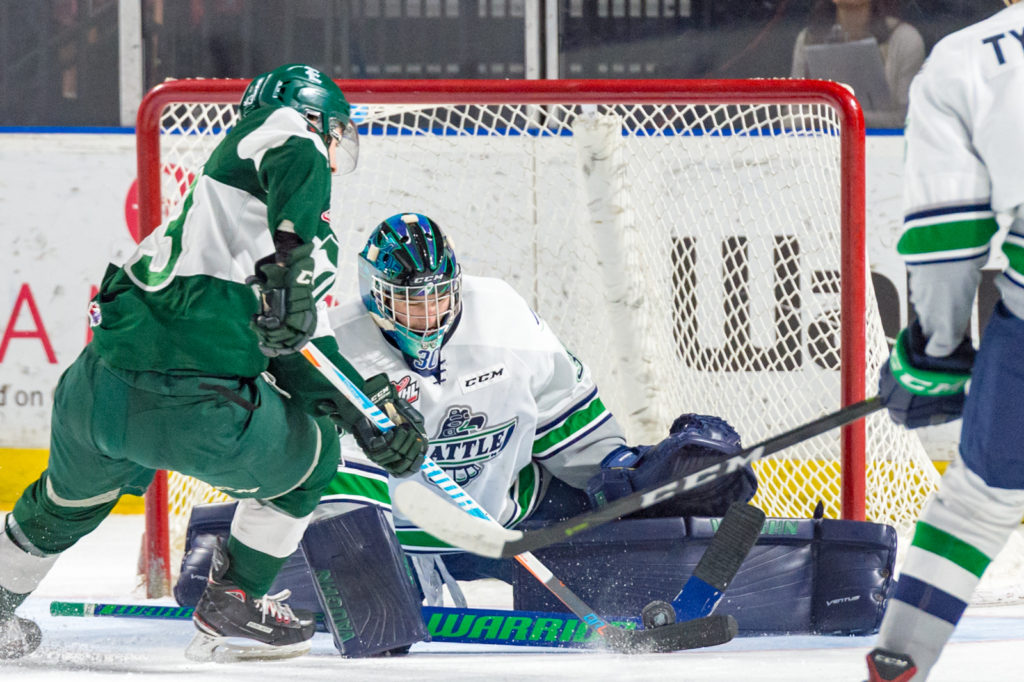 Volcan and Strand score in 3-2 loss to Everett

Seattle has clinched a playoff spot and is currently in the second wild card position in the Western Conference. They are three points behind the first-place wild card team, the Tri-City Americans, who have a game in hand on the T-Birds.

The T-Birds travel to Spokane to play the Chiefs on Wednesday at 7:05pm. They then have a home-and-home series with the Portland Winterhawks on Friday and Saturday. They are in Portland on Friday at 7pm and then at accesso ShoWare Center on Saturday at 7:05pm. They finish out the season against the Americans on Sunday, March 18, at 5pm.

T-Birds playoff tickets for the first round of the playoffs will go on sale on March 15.

The Silvertips took a 2-0 lead at 13:38 of the first on a goal from Bryce Kindopp. Reece Vitelli and Martin Fasko-Rudas had the assists. 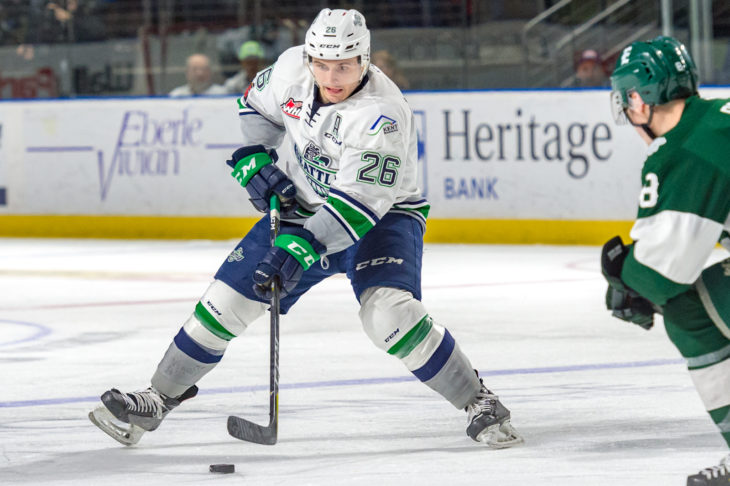 Seattle (32-26-8-2) cut the Silvertips lead to one goal on the power play at 11:03 of the second period. Jarret Tyszka took a wrist shot from center ice that rebounded to the right of Everett goalie Carter Hart. Nolan Volcan got the rebound and took a shot from the left circle. Volcan got his own rebound and skated around the Everett net and passed the puck to Donovan Neuls in the right circle. Neuls sent the puck back to Volcan on the goal line. Volcan skated at Hart and beat the goalie between the legs for his 31st goal of the season.

Seattle outshot Everett 16-9 in the second period and led 25-22 in shots after 40 minutes.

Kindopp scored a second goal at 15:02 of the third period with the teams at four-on-four to put the Silvertips in front 3-1. Jake Christiansen and Kevin Davis had the assists. 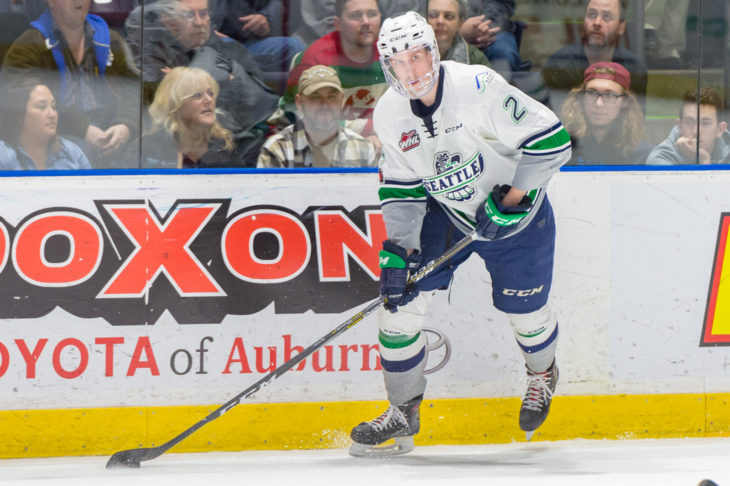 Seattle pulled goalie Liam Hughes with 2:24 left in the third for an extra attacker. Turner Ottenbreit took a slap shot that was blocked in the slot. Neuls got the loose puck and found Austin Strand at center ice inside the blue line. Strand took a wrist shot with traffic in front of Hart and beat the goalie low for his 24th goal of the season.

The T-Birds pulled Hughes a second time with one minute left in the game. They had good pressure in the offensive zone but were not able to secure the tying goal.