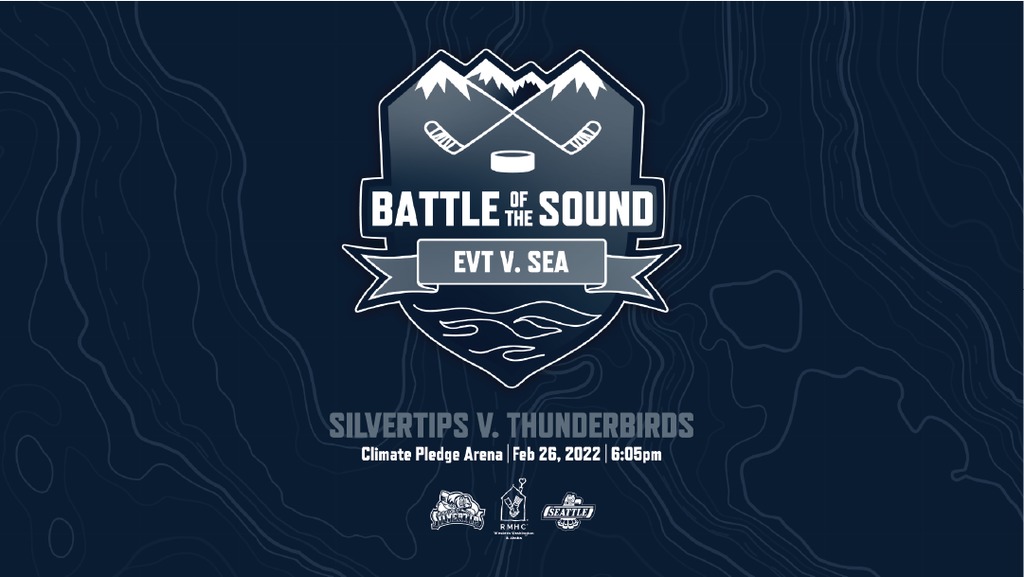 “Battle of the Sound” Scheduled for February 26

The matchup, being dubbed “Battle of the Sound”, will have a start time of 6:05pm and features the Seattle Thunderbirds and the Everett Silvertips in the first WHL action under the roof since December 30, 2008.

“We are extremely excited to be back at Seattle Center and playing in Climate Pledge Arena, under the same roof that was once our home arena,” says Thunderbirds President, Colin Campbell. “Working with the Seattle Kraken to make this possible truly fits both of our goals of continuing to grow hockey in the region.”

“We are so excited to continue our partnership with the Seattle Thunderbirds and the Pacific Northwest hockey community,” says Vanessa Kirk Briley, Director of Special Events at RMHC. “Hockey Challenge, along with the players and fans, has been instrumental in keeping families together while providing a warm and safe place for them to stay while their children receive critical medical care at Seattle Children’s Hospital.”

As keeping with tradition, a portion of the proceeds from the Silvertips vs Thunderbirds game will also be donated to the Ronald McDonald House. The 2020 Hockey Challenge raised $200,000 for the RMHC, making the grand total $6.6 million over the course of 22 years.