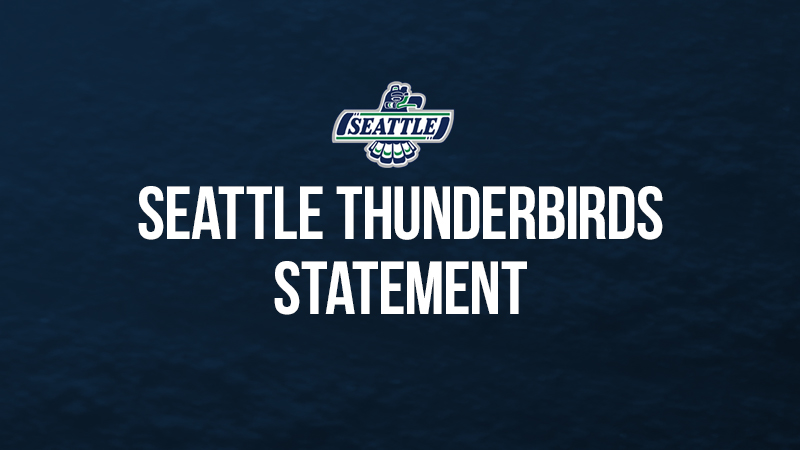 Kent, March 25, 2021 – In the week leading up to the start of the Seattle Thunderbirds 2020-21 season, a report of two players communicating inappropriate racial comments and actions towards a third player in the team locker room was brought forward. We thoroughly investigated this incident upon learning of it by conducting interviews of the team and staff. The Seattle Thunderbirds have a zero-tolerance policy for comments and actions that are racially insensitive or bullying.

The Western Hockey League has a zero-tolerance policy for racism, and any other form of abuse, and is committed to providing a safe and positive environment for all players. Each year, the WHL delivers extensive Players First educational programs to ensure players and team staff understand the importance of respect and know how to prevent hazing, abuse, harassment, and bullying. All members of the Seattle Thunderbirds completed Respect in Hockey educational programming and Respect in Sport certification, which includes specific programming on racism and diversity, prior to the start of the 2020-21 WHL Regular Season.

The Seattle Thunderbirds will have no further comment on this incident.