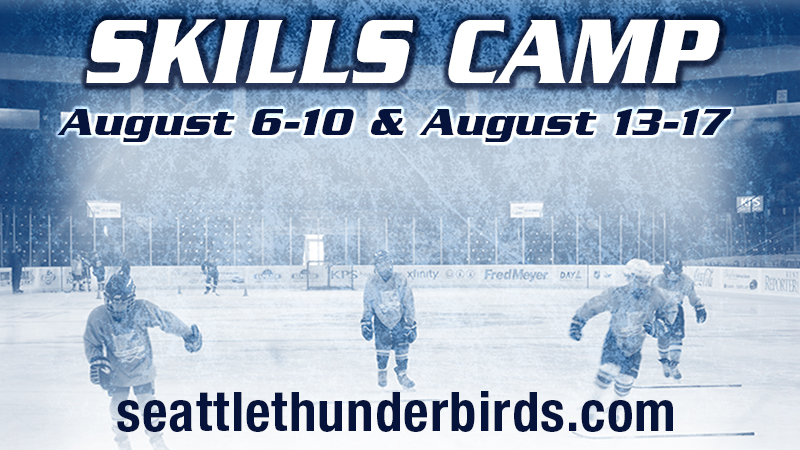 The 2018 Skills Camp will consist of four groups. There are three youth groups: Group A for 6-8 year-olds, Group B for 9-11 year-olds and Group C for 12 year-olds and up. There will also be an Adult Group for players 18-years-old and older.

The Skills Camp will focus on the areas of shooting, scoring and power skating. These 3 essential parts of every players game will be honed and developed by current and past T-Birds coaches and players. T-Birds players taking part as instructors will be announced this summer.

Participants at the Youth Camps can get half off the price of the second week if they sign up for both weeks of the camp.

The Youth and Adult groups will receive one and a half hours of on ice instruction per day of the camp which includes: Puck Handling in open ice & traffic; Power skating; focusing on technique, speed & agility; Shooting techniques and shot selection; Defensive/Offensive positioning and theory; Body protection, checking and safety (12+); small space games and fun for all ages.