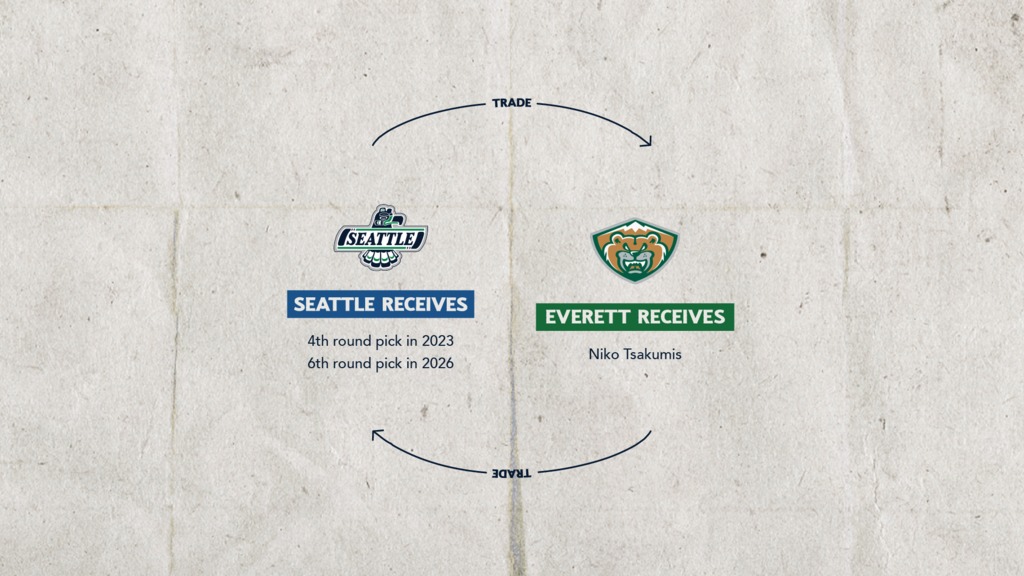 “We’d like to thank Niko for his time with the Seattle Thunderbirds,” said La Forge. “We wish him the best of luck in Everett.”

Tsakumis was drafted by Seattle in the sixth round, 117th overall of the 2020 WHL Draft. In his career with the Thunderbirds he played in 23 games and had one goal and four assists for a total of five points.