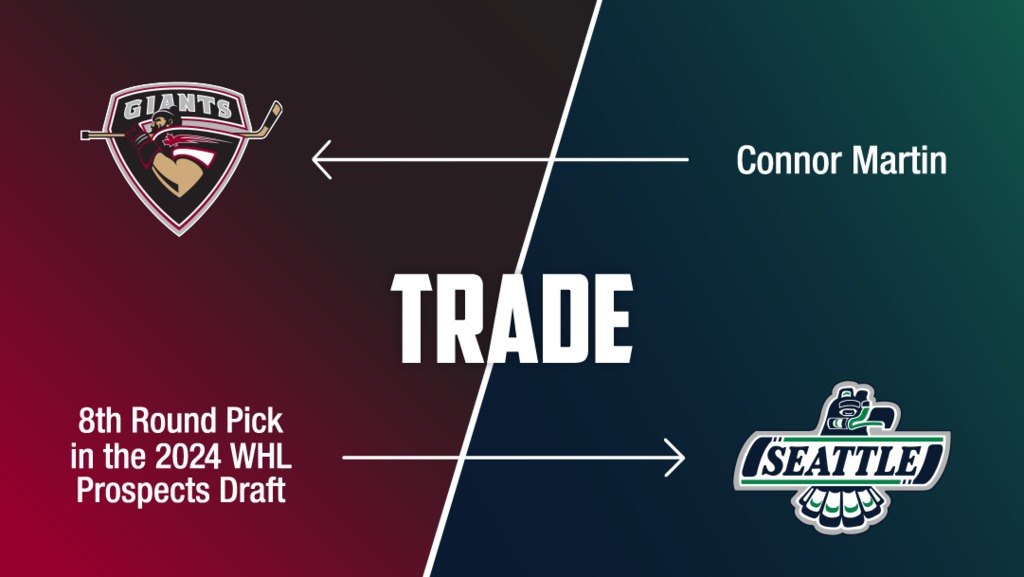 KENT, December 6, 2021 — The Seattle Thunderbirds have announced that the team has acquired an eight-round draft pick in 2024 from the Vancouver Giants in exchange for goalie Connor Martin.

Martin played in one game as a T-Bird and had a save percentage of .833.

The T-Birds Holiday Plan is now available! For just $250 you can get two tickets to 10 games plus a voucher for a $30 Thunderbirds shirt.

Eight is Enough for T-birds
20 mins ago