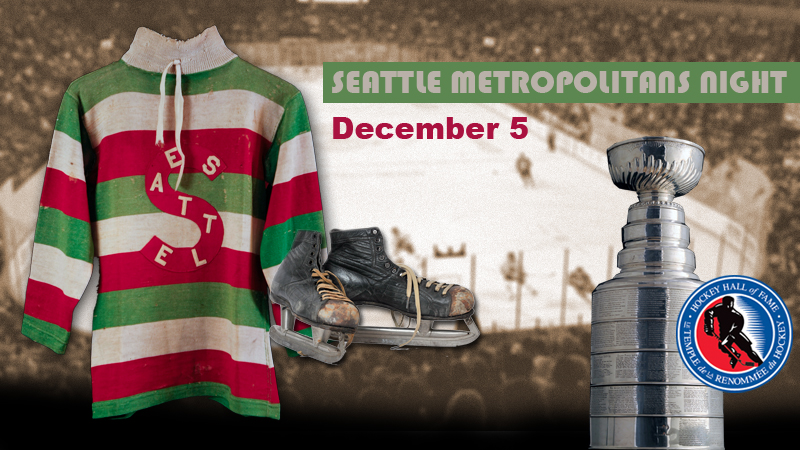 KENT, November 3, 2015 — The Seattle Thunderbirds, the Hockey Hall of Fame and www.seattle-metropolitans.com will celebrate 100 years of hockey in Seattle on Saturday, December 5, at Seattle Metropolitans Night when they take on the Tri-City Americans at ShoWare Center.

The T-Birds will wear special Seattle Metropolitans jerseys in the game against the Americans. Fans will be able to own the jerseys the T-Birds wear as they will be auctioned off during the game.

The Hockey Hall of Fame is providing Seattle Metropolitans artifacts that will be on display at the ShoWare Center during the course of the game. These artifacts include a Metropolitans jersey, skates and photos.

There will be a T-Birds or ShoWare Center staff member to help faciliate the taking of pictures with the Cup. We ask that all fans help make the photo process as orderly and efficient as possible for all involved. We want to make sure all those that want a picture with the Cup are able to get a picture taken.

The Hockey Store at ShoWare Center will have special Seattle Metropolitans merchandise for sale at the game. This merchandise includes t-shirts, hats, and hooded sweatshirts.