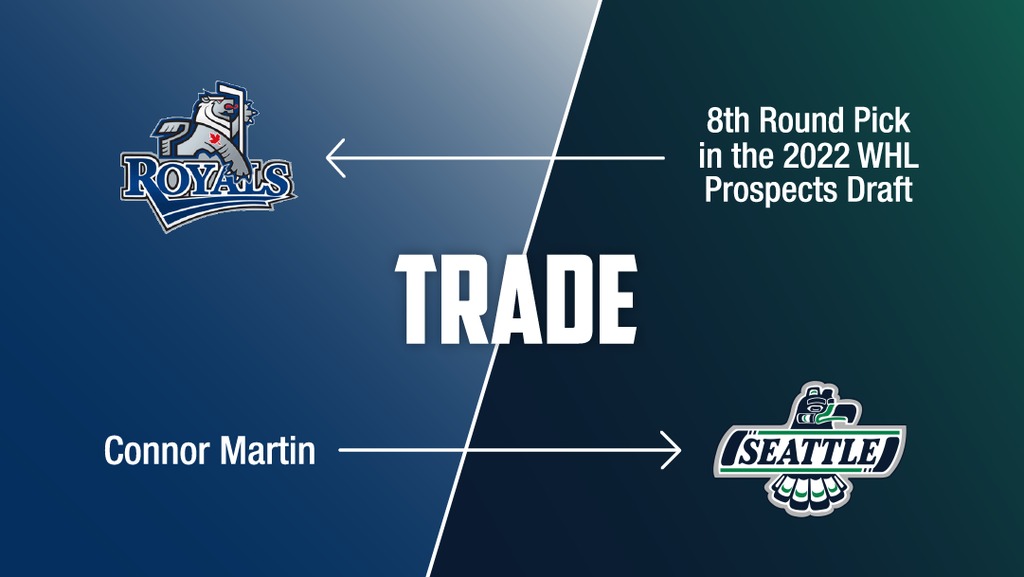 KENT, November 3, 2021 — The Seattle Thunderbirds have announced that the team has acquired goalie Connor Martin from the Victoria Royals in exchange for an eight-round pick in the 2022 WHL Prospects Draft.

Martin, a 2002 born goalie, appeared in 12 career games with the Victoria Royals.

“We are happy to add an experienced WHL goalie to our roster,” says general manager Bil La Forge. “We look forward to having him join our team.”

T-Birds season and single game tickets for the 2021-22 regular season are currently on sale. Tickets can be purchased by calling the T-Birds office at 253-239-7825.

Eight is Enough for T-birds
8 mins ago