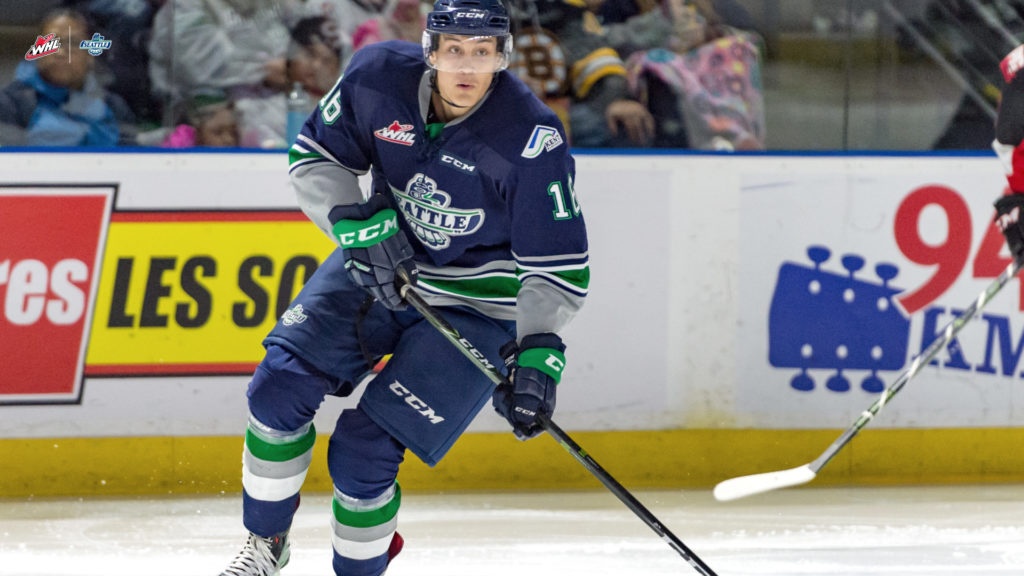 True, a 6-foot-5, 199-pound product of Copenhagen, Denmark, played three seasons with the Seattle Thunderbirds, capping off his WHL career with the championship-winning goal in overtime of Game Six of the 2017 Rogers WHL Championship Series. The goal delivered the Thunderbirds their first Ed Chynoweth Cup in franchise history.

True was originally selected by the Thunderbirds in the first round, 48th overall, of the 2014 Canadian Hockey League Import Draft. In addition to his time with the Thunderbirds, True has also represented his home country on several occasions, captaining Denmark’s squad at the 2017 IIHF World Junior Championship.

After the conclusion of his WHL career, True signed a two-year American Hockey League contract with the San Jose Barracuda, the Sharks’ AHL affiliate.

In his first season of professional hockey, True registered 28 points (15G-13A), and added a single goal in four playoff games.

“Alex really made an impression on us with his skill-set this past season for the San Jose Barracuda,” said Sharks Assistant General Manager and San Jose Barracuda General Manager Joe Will in a release issued by the club. “He chose to sign a contract with the Barracuda last season even though he still had junior eligibility, and his development significantly improved under Head Coach Roy Sommer and his staff.

“His offensive abilities are an asset to the organization and we’re excited to see him take the next step. Alex is another prime example of the tireless effort that our scouting staff puts in, especially in regards to amateur free agents, and we’re proud of the success they have been able to achieve in that market.”