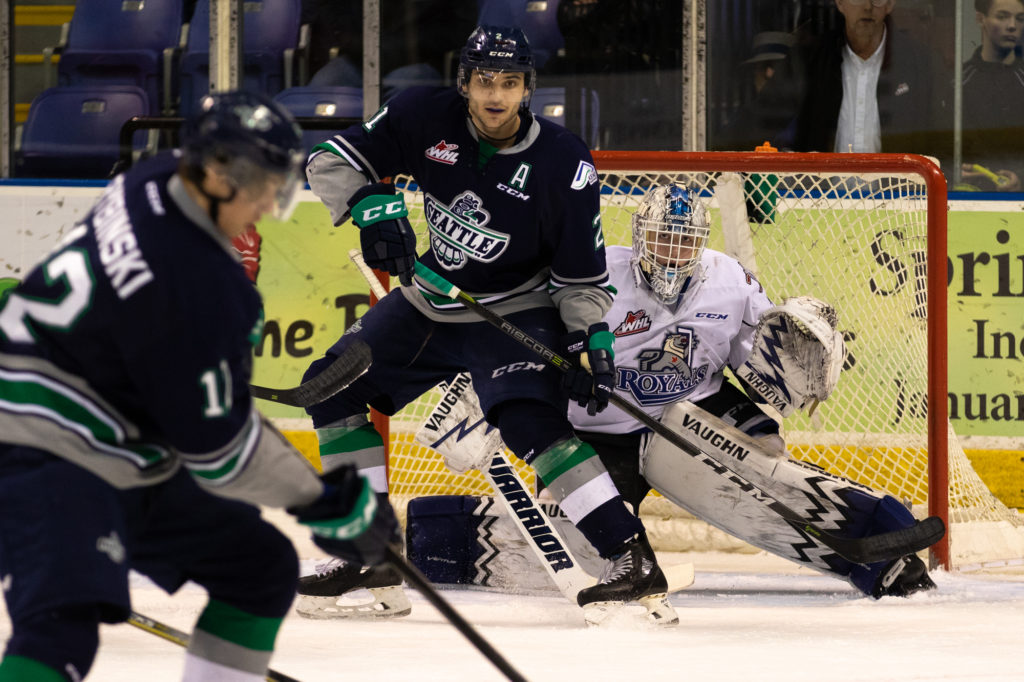 Kukuca has two goals in 5-3 loss to Victoria

This was the second of back-to-back games between the two teams. The T-Birds won 5-3 on Tuesday in the first game.

Seattle is 20-25-5-1 and one point ahead of the Kamloops Blazers for the second wild card playoff spot in the Western Conference.

Seattle jumped out a to 1-0 lead 47 seconds into the first period. Tyler Carpendale intercepted a Victoria pass in the neutral and the sprung Henrik Rybinski on a partial breakaway. Rybinski skated at Victoria goalie Brock Gould and put a shot on net as he was being knocked down. Rybinski’s shot beat Gould through the legs just as Rybinski crashed into the net.

Kukuca cut the Royals lead to one goal at 4:44 of the third period. Noah Philp got the puck out of the right corner with a short pass to Tyler Carpendale. Carpendale found Kukuca in slot and he took a shot. Kukuca got his own rebound and snapped it over Gould’s right shoulder for his 15th goal of the season.

Victoria took the two-goal lead back at 4:54 of the third on a goal from Dino Kambeitz.

A high-sticking penalty on Victoria late in the third gave the T-Birds an opportunity to cut the Royals lead. They took advantage as Kukuca scored his second of the night, at 16:07, to make it a one-goal lead for Victoria. Philp and Matthew Wedman had the assists.

The T-Birds pulled Ross for an extra attacker with 1:57 remaining in the game. Seattle pressed the play in the Victoria zone but Schultz hit the empty net with four seconds left to seal the win for the Royals.

Victoria outshot Seattle 39-25 in the game.