Ross Stands Tall To Lead T-Birds To Win Over Cougars 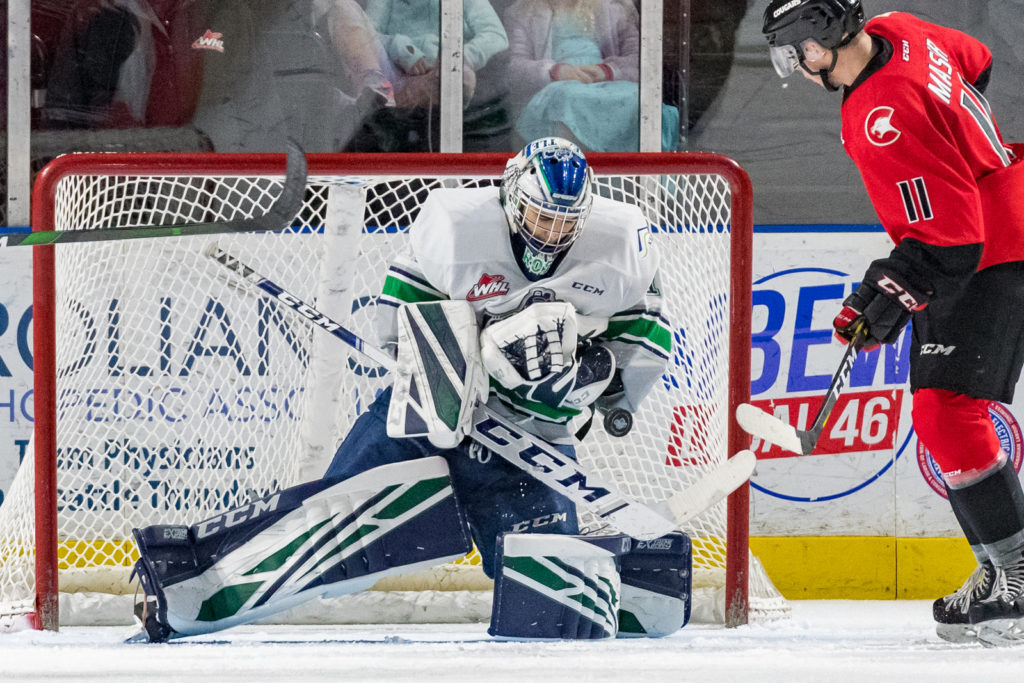 The T-Birds travel to Everett to take on the Silvertips on Friday at 7:35pm. They host the Vancouver Giants on Saturday at 6:05pm. Hockey Challenge 2020 is Saturday and will feature seven games at accesso ShoWare Center, highlighted by Team Olczyk vs. Team Patterson in the Celebrity and T-Birds Alumni All-Star Game right after the game against the Giants. The 22nd annual Hockey Challenge supports the operations of the Seattle Ronald McDonald House. Single game tickets are on sale online on the T-Birds website and at the accesso ShoWare Center box office.

Seattle took a 1-0 lead at 7:24 of the first period. Andrej Kukuca and Conner Bruggen-Cate cycled the puck in the left corner. Bruggen-Cate skated into the left circle and took a wrist shot that rebounded off Prince George goalie Taylor Gauthier into the slot. Bruggen-Cate got his own rebound and snapped it past Gauthier for his 13th goal of the season.

Matthew Rempe scored his eighth goal of the season at 15:51 of the second period to give the T-Birds a 2-0 lead. Luke Bateman passed the puck up the left wing to Roulette who entered the zone. Roulette toe dragged the puck at the top of the left circle to create some space and then snapped at the net. Rempe was in the low slot and tipped the puck over Gauthier’s left shoulder.

Prince George cut the T-Birds lead to one at 16:23 of the second on a power-play goal by Ilijah Colina.