Rockets Slip Past T-Birds In Overtime 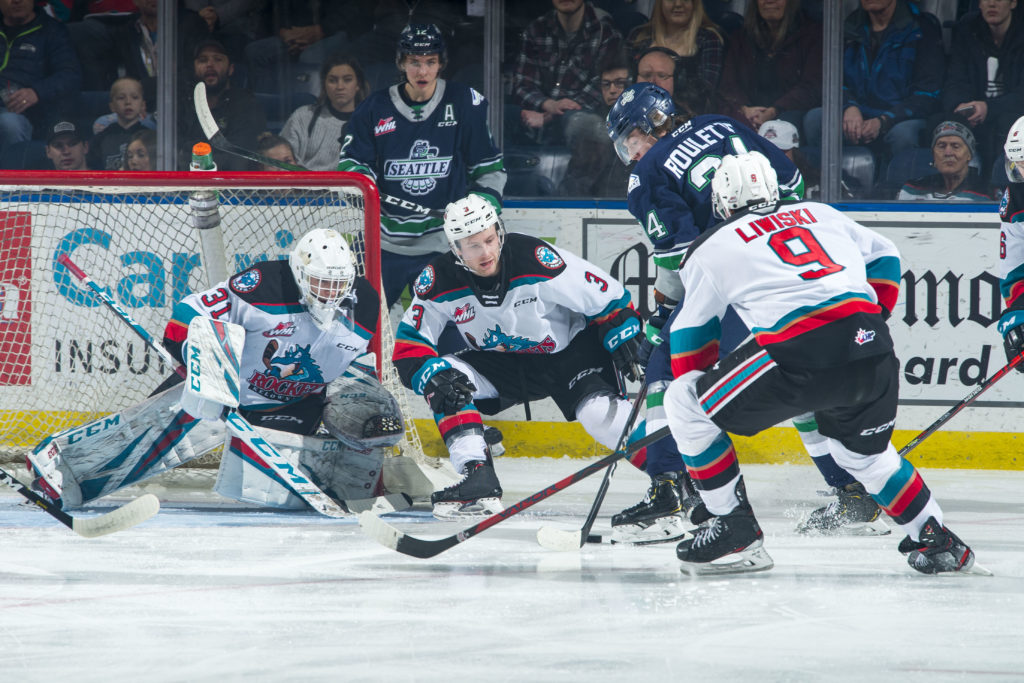 Roulette and Patterson score in 3-2 overtime loss to Kelowna

Seattle tied the game at 18:20 of the first. Tyrel Bauer stopped a Kelowna shot in the slot and skated into the right circle. Bauer made a diagonal stretch pass to Conner Roulette streaking up the left wing. Roulette took the pass and was behind the defense for a breakaway. Roulette came in on Kelowna goalie Cole Schwebius moving left to right and went forehand then backhand and put the puck between the goalie’s legs.

Max Patterson gave the T-Birds a 2-1 lead at 12:36 of the second period. Simon Kubicek took a shot from the left point with Patterson in the slot. Kubicek’s shot hit Patterson and rebounded into the air going over Schwebius and into the net. It was Patterson’s seventh goal of the season.

Kelowna tied the game 2-2 with 1:52 left in the third period on a goal from Mark Liwiski.

Matthew Wedman scored at 1:02 of overtime to get the Rockets the win.