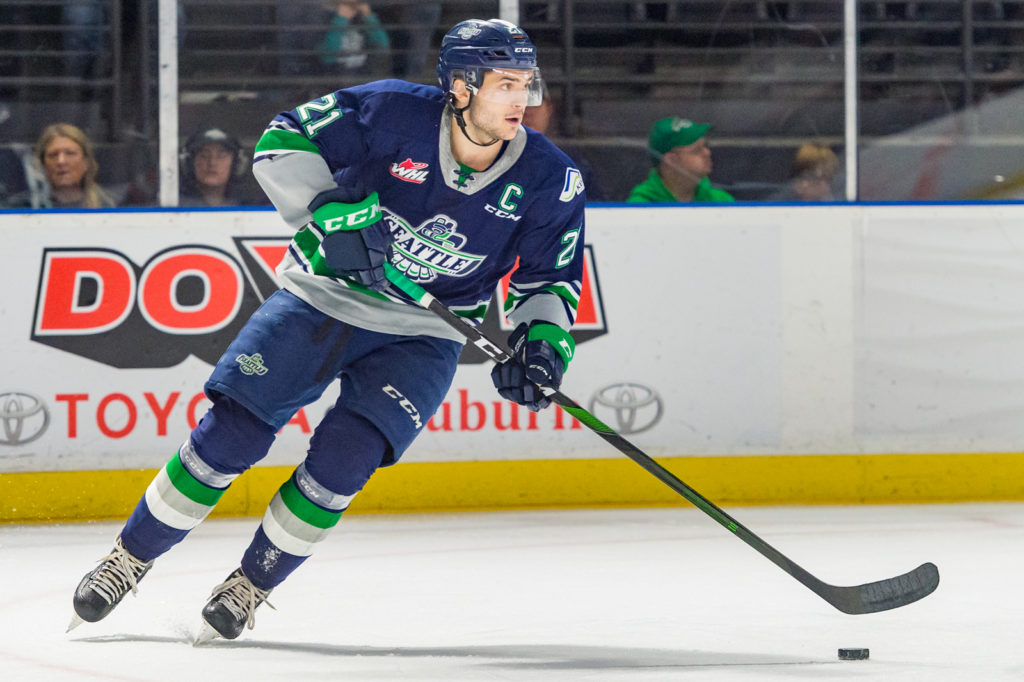 Wedman, Kubicek and Jeri-Leon score in 8-3 loss to Kelowna

Seattle went in front 1-0 at 4:37 of the first period on the power play. Andrej Kukuca sent the puck from the T-Birds blue line up the ice right wing to Henrik Rybinski at the offensive blue line. Rybinski tipped the puck into the zone to spring Matthew Wedman on a two-on-one. Wedman, a left hand shot, protected the puck on his backhand, then at the bottom of the right circle, brought the puck to his forehand and snapped it past Kelowna goalie Roman Basran. 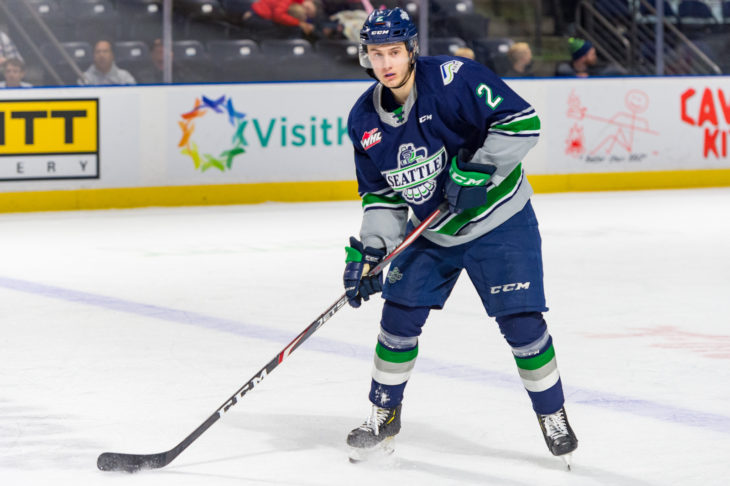 Simon Kubicek put the T-Birds in front 2-0 at 11:40 of the second period with a power-play goal. Kukuca passed the puck from the right circle to Wedman on the goal line. Wedman sent the puck towards Kubicek at the right point. Kubicek stepped into a slap shot and beat Basran over the blocker for his first goal of the season.

Kelowna took a 4-2 lead in the second on two goals from Nolan Foote and a goal each from Alex Swetlikoff and Pavel Novak.

Keltie Jeri-Leon scored at 7:21 of the third period to cut the Rockets lead to one goal. Jeri-Leon battled into the Kelowna zone on the right wing with the puck. Jeri-Leon skated into the right circle, toe dragged the puck and snapped a wrist shot under Basran’s right arm. Jeri-Leon has a three-game goal streak.

Ryan Gottfried appeared to score the tying goal a minute after Jeri-Leon’s goal. But the referees consulted and ruled that a T-Bird was in the crease when the puck went into the net and they waved no goal.