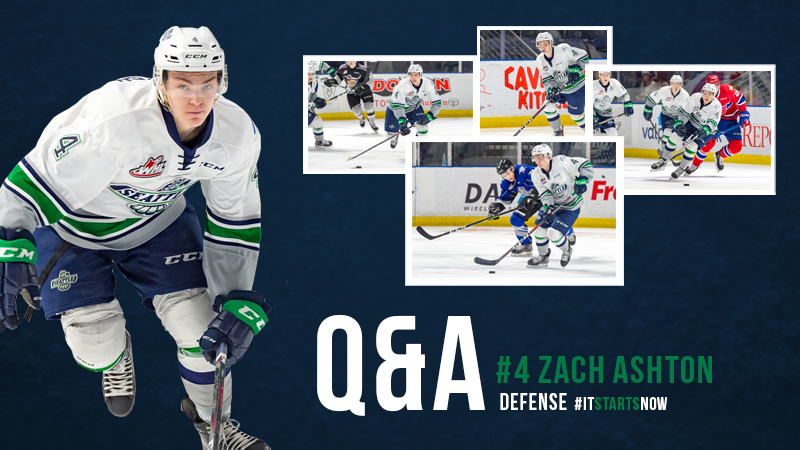 Defenseman Zach Ashton was acquired from the Saskatoon Blades in January 2019. Ashton played in 29 games where he scored one goal and accumulated one assist for a total of two points. Now in the off season before he begins training camp for his third season in the WHL Ashton took some time to sit down with us and answer a few questions.

Seattle Thunderbirds: Thanks for taking time out of your schedule to meet with us Zach! How has your summer been so far?

ZA: No problem, thank you for having me! The summer has been great!

ST: First off, how do you think your season went last year after you joined the T-Birds?

ZA: I think last year went well; I was very excited when I got traded to the T-birds to get a fresh start. After I got here, I thought there were lots of little things I got better at and I thought I played better as the season went on. 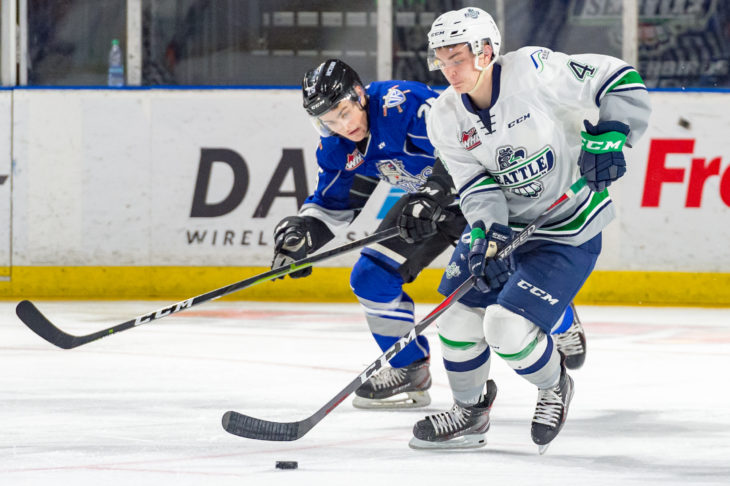 ST: You and several others joined the team in January, and we had a good second half run to clinch a playoff spot. What do you attribute this to?

ZA: I think so many guys coming in January helped the team to have a fresh start, having a lot of new faces in the dressing room and everyone having the same goal, which was to make the playoffs. Personally, I think I brought some depth and stability to the D core, we have a lot of very talented defensemen and I think I helped add to that.

ST: What is something you are really trying to focus on defensively for this coming season?

ZA: I have always been an offensive defenseman. But now I have really been trying to work on my game defensively so that I’m a guy that can play in all situations.

ST: How often are you on the ice in the off-season?

ST: Who are some of you favorite artists that you listen to?

ZA: I don’t really have one certain person I listen to; I listen to a lot of different music.

ST: What is your typical pre-game meal?

ZA: Before a game I like to have chicken with rice and broccoli.

ST: Do you have any pre-game rituals that you have to do before getting onto the ice?

ZA: No, nothing too crazy just a couple of handshakes with some guys on the team before the game. 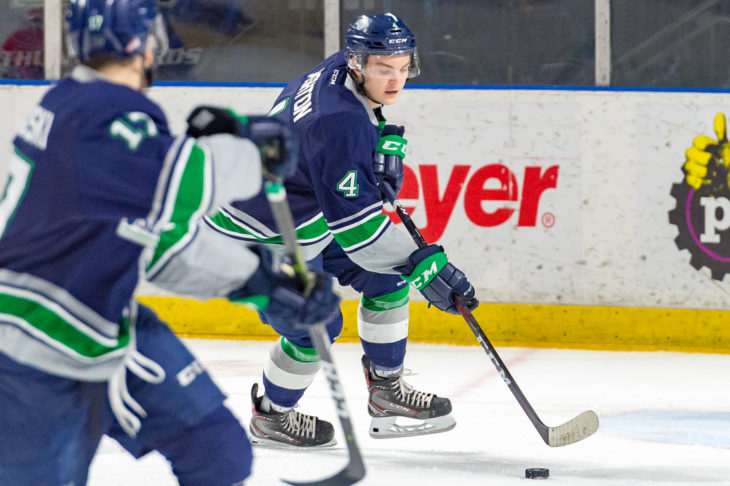 ST: What places are you hoping to travel to in the future?

ZA: I would really like to go to Holland because that’s where my mom’s side of the family is from and I think it would be cool to see where they grew up.

ST: What’s one thing this team needs to consistently do this season to win The Ed Chynoweth Cup?

ZA: Having everyone have the same goal. We know we have the talent to do it, but we need everyone working hard and being on the same page all season long.

ST: What have you been doing this summer for fun?

ZA: Besides hockey stuff, I like to go and get on the lake with friends, I also went to Hawaii in the summer with my family so that was a nice get away.

ST: Thanks for chatting with us Zach and we look forward to seeing you at training camp.

ZA:  No problem! Looking forward to getting back to Seattle!