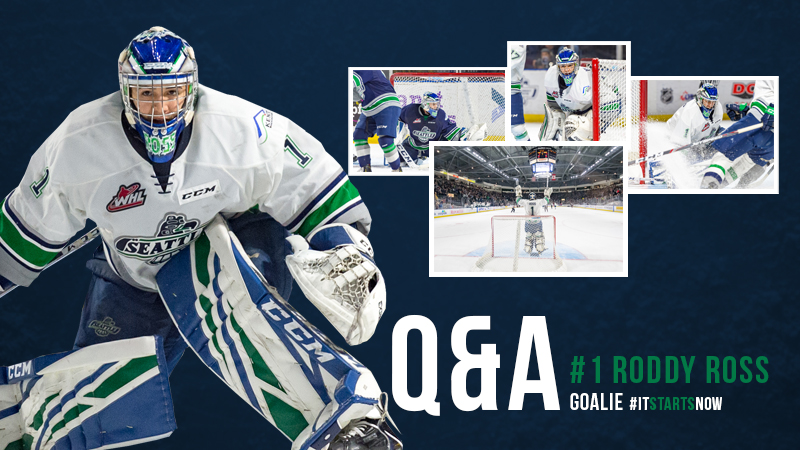 Roddy Ross played in 25 games last season with the Thunderbird’s totaling 1,477 minutes in those games. Ross had a goals-against-average of 2.76 and a save percentage of .919 with a 16-5-1-2 record. Ross had the most saves in two games on February 16 against Everett, totaling 46 saves and again on March 9 in the game against Everett. Ross was selected by the Philadelphia Flyers in the sixth round, 169th overall, at the 2019 NHL Draft in Vancouver and attended the Flyers Development Camp after the Draft. Roddy took some time to chat with us about last season, this coming season, and his interests.

Seattle Thunderbird’s: We’re glad you could take the time to join us Roddy! First off, how’s your summer been so far?

Roddy Ross: My summer has been good so far really enjoying it.

ST: How was the NHL Draft experience? Did you physically attend that draft?

RR: I did not attend the Draft. I was with family watching and being picked was an amazing experience I’ll never forget.

ST: We saw you talked to Andy Eide from 710 ESPN Seattle after being selected by the Flyers. You told him you lost power while watching the Draft? What exactly happened there?

RR:  I was watching the draft with my family at my uncle’s house and the power decided to go out. That was around the fourth to fifth round and my uncle was thinking of ideas so he hooked up his power to his car battery and got everything back and running to watch the draft!

ST: After the Draft you went straight to the Flyers Development Camp. What was this experience like?

RR: I found out the camp started that following Monday. So the team got my ticket for that Sunday morning. We had to leave Meadow Lake at midnight and make it to the airport for my 5:00am flight. It was a long day/night but well worth it! 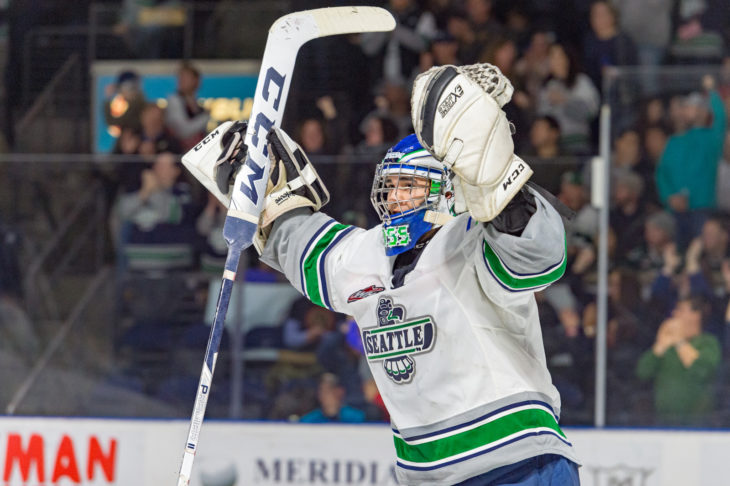 ST: I think there’s been mention of a story that all the guys at Development Camp had a beach day? What was that all about?

RR: We had a day with no hockey and training. It involved more of a bonding day, so we went and had a volleyball tournament and it was a lot of fun!

ST: You had a stellar season with the T-Birds last season, what aspects of your game do you feel you can build off and improve on?

RR: Yeah, it wasn’t too bad. I think everything’s in order to get to the next level on and off the ice. I’ve been told I’m a raw goalie and that’s something I believe.

ST: How can the team build off our second half success and first round playoff appearance from last season and advance further this coming season?

RR: I think just having that same jump and urgency to win every game in order to make it to the playoffs. When the playoffs come, I think we just have to stick to the plan and do our thing.

ST: What are your interest outside of hockey?

RR: My family grew up around horses, having horses and going to rodeos or chuck wagons. That’s something I was always was interested in my spare time. But recently I’ve been golfing quite a bit. That’s been going all right. Other than that, I think it’s just mostly hockey.

ST: What’s the most memorable moment for you as a T-Bird so far?

RR: I think it would have to be my first game at the home barn. I wasn’t playing but to see the crowd and how energetic they are was just shocking. That’s something I’ll never forget and something I love about playing with the T-Birds! 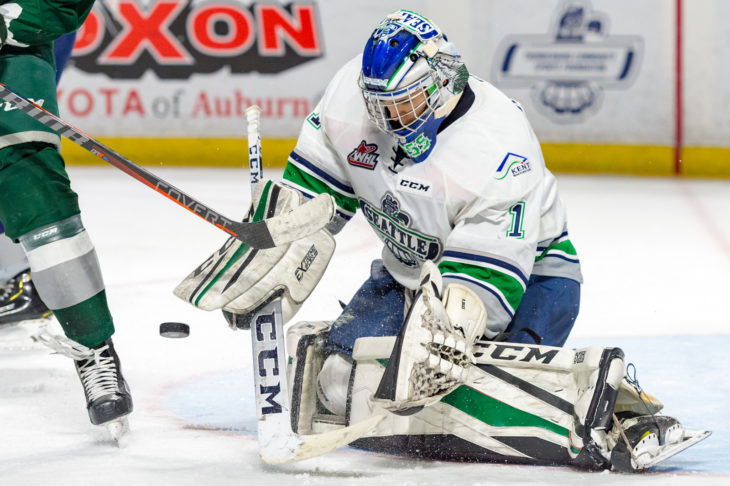 ST: You led the team and league with the most saves in a single game last season with 46. In a game like this do you realize you had made a lot of saves while the game is going. Or is it only after the game you recognize this?

RR: It would have to be after. That’s something, but not in the moment of games. I don’t really worry about the stats till the end of the game. I’ll look and just smile as long as we got the win and move on to the next opponent.

ST: Is there any type of music you listen to get yourself ready for games?

RR: I’m more of an old rock music guy like AC/DC, Buck Cherry, Nickelback. Songs like that I have a game day playlist for.

ST: After the Draft did you get the chance to speak with Henrik Rybinski or Matthew Wedman about their selections by Florida?

RR: No, I haven’t.  I just texted them congratulations and I’m sure their phones were blowing up.

ST: Playing goalie isn’t an easy job, what gives you confidence while on the ice and how to you use that to perform at the high levels you did that helped earn the T-Birds a playoff spot last season?

RR: Well I think I’m a calm guy and that’s something I take advantage of. And just getting comfortable trusting my abilities to do my job and that’s how I think I get the job done when I do. 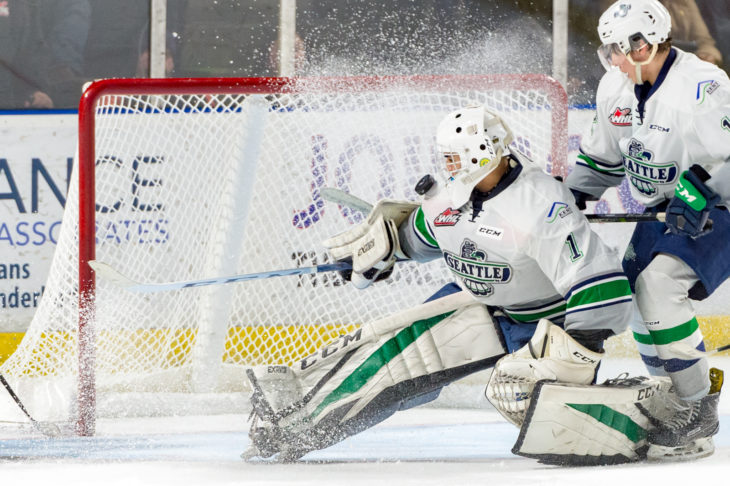 ST: What are you most looking forward to this coming season?

RR: Playing hockey with my teammates and hopefully going on a playoff run with a solid season.

RR: No, I didn’t. I’m not much of a movie or TV show guy. Maybe watched about 5 movies this off-season. Other than that I watched the Calgary stampede. That’s about it.

ST: Thank you very much for your time Roddy. We can’t wait to see you at Training Camp!

RR: No problem looking forward to it!