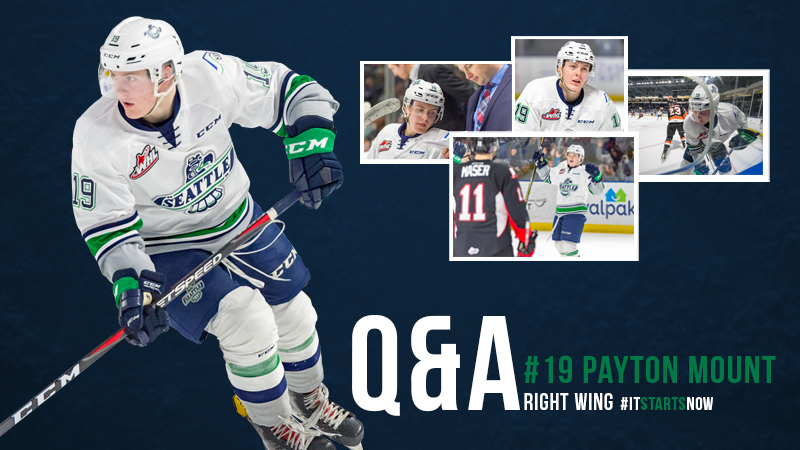 In the 2017 Bantam Draft we selected right wing Payton Mount in the first round with the 19th overall pick. Mount made his T-Birds debut in the 2017-18 season and played in six regular season games recording one assist, which came against the Vancouver Giants. He also played in all five playoff games in the 2017-18 season. In the 2018-19 season, his first full season with the Thunderbirds, Payton appeared in 57 games and scored five goals, recorded 16 assists and totaled 21 points. Payton played in all six playoff games against Vancouver and scored two goals.  Payton took some time to chat with us about last season and what he is doing to prepare for this coming season.

Seattle Thunderbirds: We appreciate you taking the time to sit down with us Payton. How has your summer been so far?

Payton Mount: My summer has been really good so far. I have been able to take some time off the ice to hang out with friends and family as well as continuing to train for next season.

ST: Did your first full season with the Thunderbirds live up to your expectations?

PM: My first year with the Thunderbirds was awesome! It was such a great atmosphere every single home game we played thanks to all the great fans we have in Seattle.

ST: Take me back to game three of the 2019 WHL Playoffs, you scored two goals in that game fairly close to each other. What do you remember from scoring twice in front of the home crowd with the series tied 1-1?

PM: It was definitely electrifying in the building throughout the entire game. I was trying to do whatever I could to help the team try to take the series lead. I happened to be in the right spots to put the puck in the net. When I did score, I don’t remember too much except for the roar of the crowd …which was really cool. 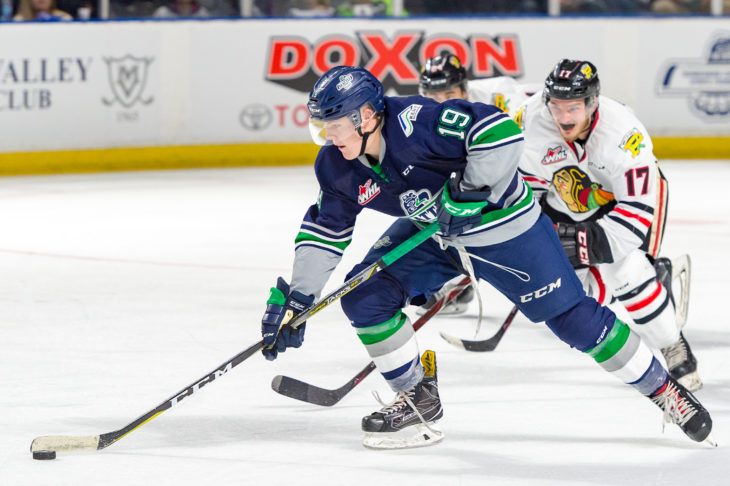 ST: Are there specific individual skills you want plan to focus on as you approach training camp?

PM: For me, I think I am just always trying to get faster and stronger to help improve my game as much as I can.

ST: What is your off-season training schedule look like?

PM: My schedule is usually four training sessions a week in the gym with a track session on Sundays for conditioning. For on-ice sessions, I am on the ice about two-three times a week.

ST: What’s your favorite part about Seattle that you’ve experienced so far?

PM: My favorite part is definitely playing on home ice in front our amazing fans. They really pump you up during the games by how loud they are.

ST: Being eligible for the NHL Draft next summer what is a goal you have for the season to make sure you really stand out to scouts?

PM: For me, I think it is to not focus too much about it and play my game to help the team to have a chance to win every night we play. 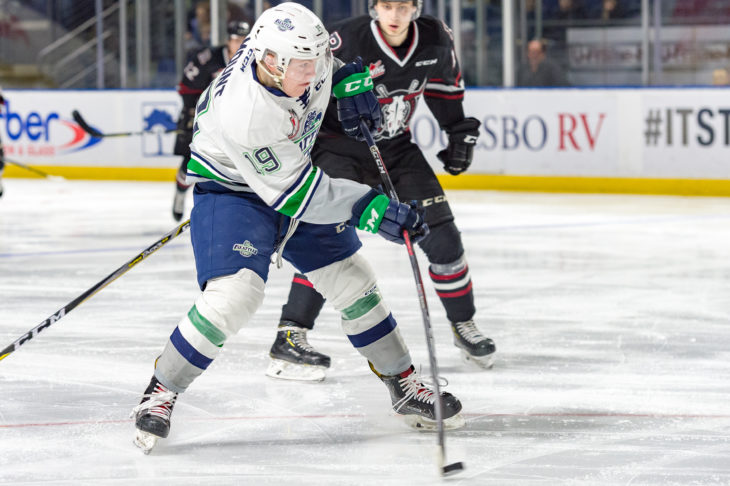 ST: Do you try and model your game after any specific player in the NHL? If so who and why?

PM: I think I would model my game after David Pastrnak because he is an elite playmaker who makes plays all over the ice and he can put the puck in the back of net.

ST: What have you been doing in your free time this summer?

PM: In my free time I have been taking time to hang out with family and friends. Also, I have been enjoying the nice weather and going to the lake a lot.

ST: Thanks for taking the time to talk with us Payton, we look forward to seeing you at training camp!

PM: Thank you, I can’t wait to get back to Seattle and play in the ShoWare Center