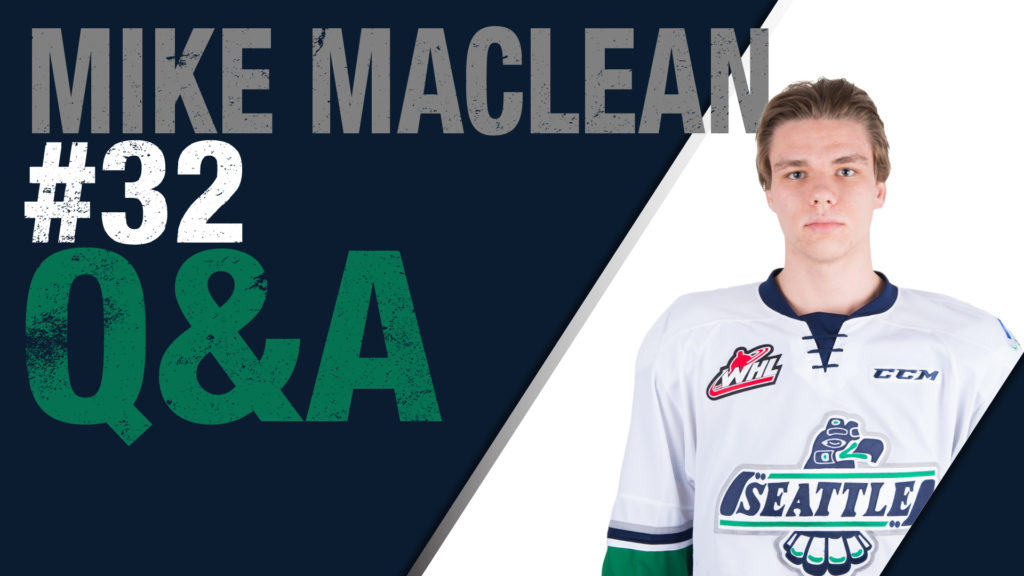 Mike MacLean played in his first game for the Thunderbirds last season against the Prince George Cougars on December 15, 2017. MacLean joined the T-Birds from the Lloydminster Bobcats of the Alberta Junior Hockey League. He played 38 games for the T-Birds last season and had four total points with two goals and two assists. MacLean scored a goal in Game 2 of the first-round playoff series against the Everett Silvertips. He sat down with us to answer some questions on his summer and the coming season.

Seattle Thunderbirds: Thanks for taking the time Mike. We appreciate it.

ST: First off, how is your offseason going?

MM: It’s been going great but been itching to get back to Seattle.

ST: What kind of offseason training are you doing?

MM: I’m on the ice 4 days a week with a skills and power skating coach, also train at the gym 5-6 days a week. And I have yoga sessions 2 times a week.

ST: Are there any specific parts of your game that you look to improve this season?

MM: I’ve been focusing on my puck skills and skating.

ST: What was it like joining the T-Birds midseason last year?

MM: Thought it would have been a tough transition but the coaches and players really helped me feel welcome.

ST: What was the transition like for you from the AJHL to the WHL in regards to the pace of games and talent level on the ice?

MM: The transition definitely took a bit to getting used too. The WHL has many talented players that are highly skilled and faster. 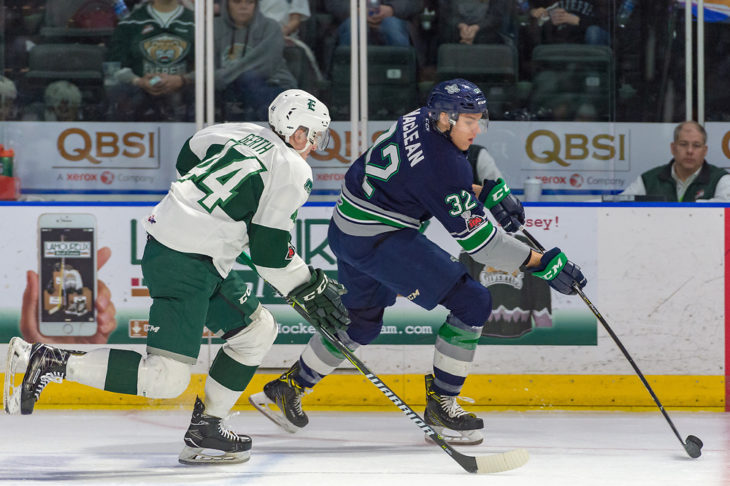 ST: You scored a big goal in Game 2 against the Silvertips in the playoffs last year. Do you remember the goal?

MM: I absolutely remember that goal, it was easily the highlight of my hockey career.

ST: The playoffs have a different intensity than the regular season. Did you notice this in the playoff series vs. Everett?

MM: I definitely noticed a difference in pace and intensity.

ST: You are one of five T-Bird 20-years-old coming to Training Camp. And obviously we can only keep three. What’s your mindset coming in to camp to claim one of those three spots?

MM: I’m just focusing on doing what I can control and playing the game that the coaching staff is expecting of me.

ST: Did you play any other sports growing up? Being the tall guy that you are did play basketball?

MM: I played basketball in middle school but that’s about it. But it is a frequent question that I get asked. Growing up I played baseball, lacrosse and badminton. I’ve tried lots of sports but definitely love hockey the most.

ST: What are you doing this summer besides getting ready for the coming season?

MM: I’ve been jumping in the lake quite a bit and going for hikes. I have also been spending a lot of time with my family.

ST: Thanks for taking time out of your day Mike, enjoy the rest of your summer and we’ll see you at Training Camp.

MM: Thank you, look forward to getting back to Thunderbirds in August.