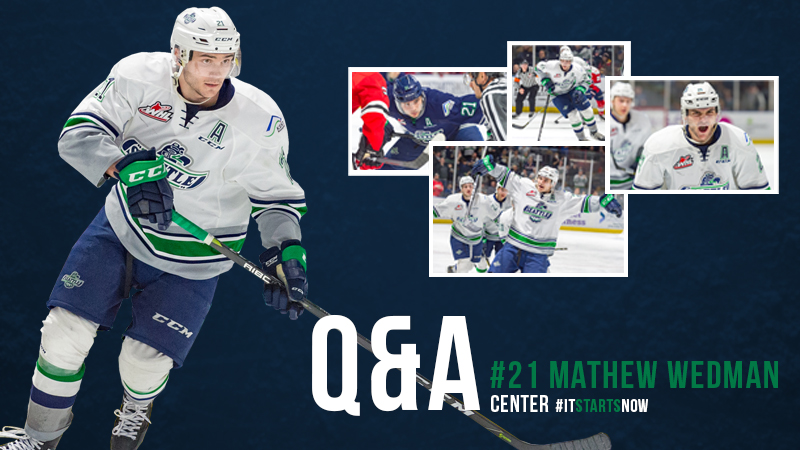 Matthew Wedman was drafted in the 2019 NHL Draft by the Florida Panthers in the seventh round, 199th overall. In his career with the T-Birds he has played 256 games and has 69 goals and 89 assists for 158 points in four seasons. Over the last four seasons, Wedman has appeared in 49 playoff games where he’s scored six goals and had 10 assists for 16 points.

Seattle Thunderbirds: First off, congratulations on being drafted by the Panthers! What was your reaction to hearing your name called?

Matthew Wedman: Thanks! It’s been a dream of mine since I started playing hockey and my initial reaction was of accomplishment. It was a really amazing moment for me and my family.

ST: I think I read that you had just returned home from a skate when you sat down in front of the TV and saw the Panthers had selected you?

MW: Yeah. I was home for about five minutes before I turned on the TV and saw my name. It was a special moment for me and my family! 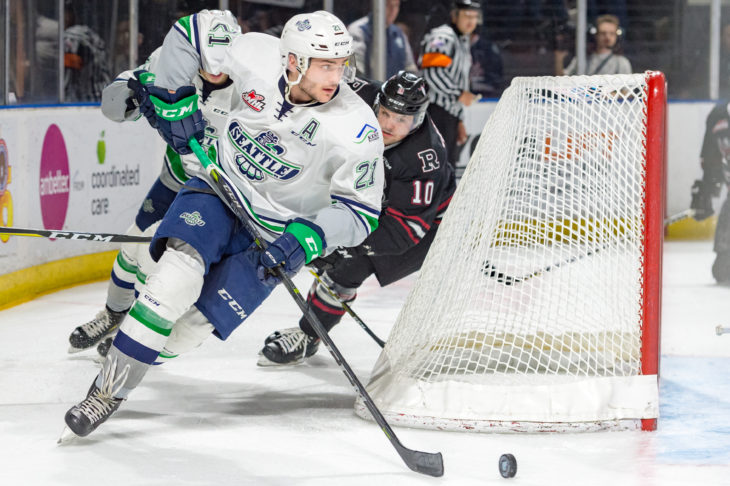 ST: You attended the Panthers Development Camp after the Draft. How did the camp go?

MW: The camp was great! It was a great opportunity to learn what it takes to get to the next level.

ST: What was one piece of advice or something you learned from the Panther’s Development Camp that you want to put into place this season?

MW: I learned that the pace of play is quicker and I need to analyze and adapt to the game at a higher pace.

ST: It’s not often teammates are selected in the same Draft by the same NHL team. Did you talk to Henrik Rybinski about his experience at the Draft and Development Camp?

MW: For sure! Me and Ryby (Rybinski) went out for dinner our first night of camp and both went over our unique draft story. It was a special to be able to share that experience with a teammate.

ST: What do you think is the biggest thing you have learned in your time with the Thunderbirds?

MW: The biggest thing I think is how to play under a single team identity. Everybody has a role on the team and if you buy into that role it leads to both team and individual success. 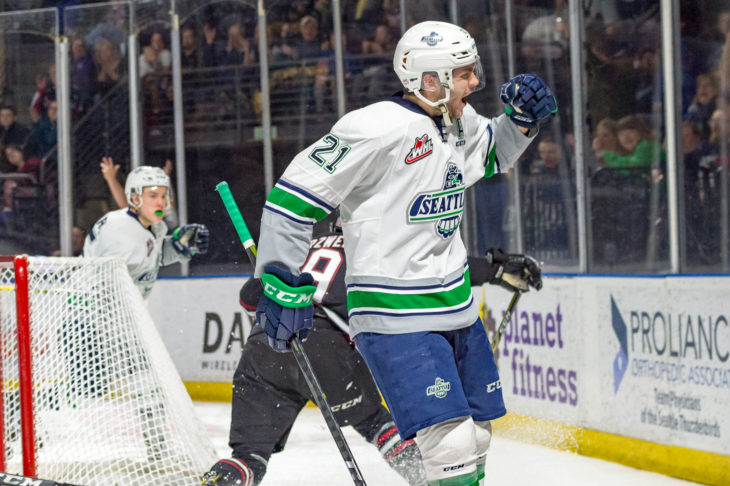 ST: What would you say is the best quality to have in a teammate? Why?

MW: I would say the best quality is always having your teammates backs. Having that support makes everyone on the team more confident and effective.

ST: Is there a specific reason why you chose to wear number 21?

MW: My favorite number is actually 22. But when I first chose my number Calvin Spencer had it. 21 was the closest thing to it and now it will always be special to me.

ST: As a center, what do you find to be the most important skill for you to have and always keep improving on?

MW: As a center there’s a lot of skating involved so I am always working on my conditioning. 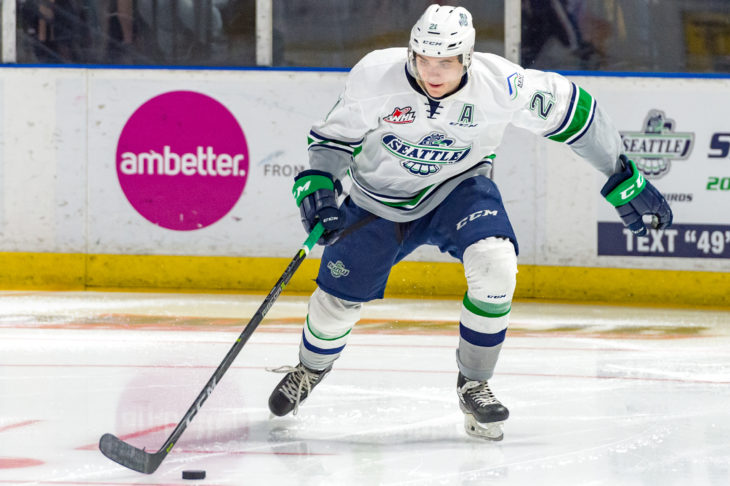 ST: If you weren’t a hockey player, what would you see yourself doing?

MW: I would have probably pursued a different sport, either football or basketball.

ST: What is your biggest individual goal going into next season? What about a team goal?

MW: My individual goal for this season is to improve my game so it’s ready for the next level. As a team I want to show the young guys on the team what playoff hockey is like and what it takes to win.

ST: That’s all we have so thank you for your time and we look forward to seeing you back at training camp!

MW: Thanks, see you then!