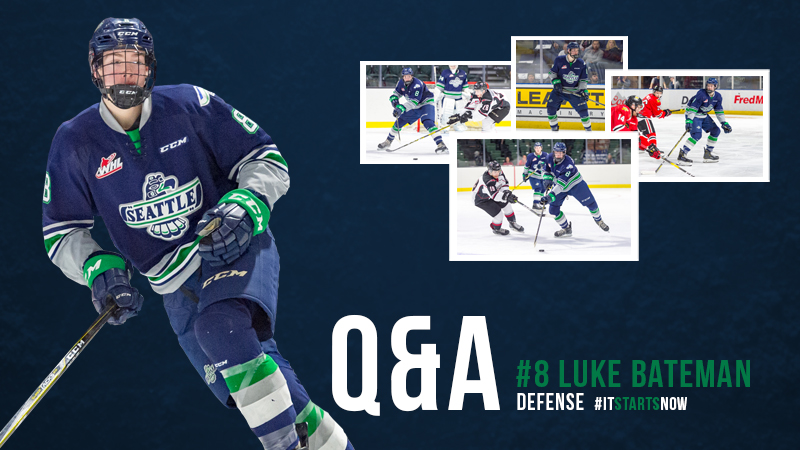 Defenseman Luke Bateman was drafted in the 2017 WHL Bantam in the fourth round as the 85th overall pick by the T-Birds. Bateman played two seasons for the BCMML Thompson Blazers where he appeared in 65 games where he scored 10 goals and generated 19 assists for a total of 29 points. Last year Bateman made his T-Birds debut and played in four total games. He is looking to build on his debut last season and play a contributing role on the blue line in 2019-2020. Luke took some time out of his schedule to chat with us.

Seattle Thunderbirds: Thanks for taking some time out of your schedule to meet with us Luke! How has your summer been?

LB: My summer has been great so far. It has given me some time to relax but also train for the upcoming season.

ST: You have played in 65 games over two seasons with the Thompson Blazers and four games with the T-Birds last year. What are the differences in play and talent between the BCMML and the WHL in your opinion?

LB: The players in the WHL are faster and more skilled.

ST: What are you focusing on as you prepare to earn a spot on the blue line this season?

LB: I am focusing mainly on my foot speed, shot, and agility. 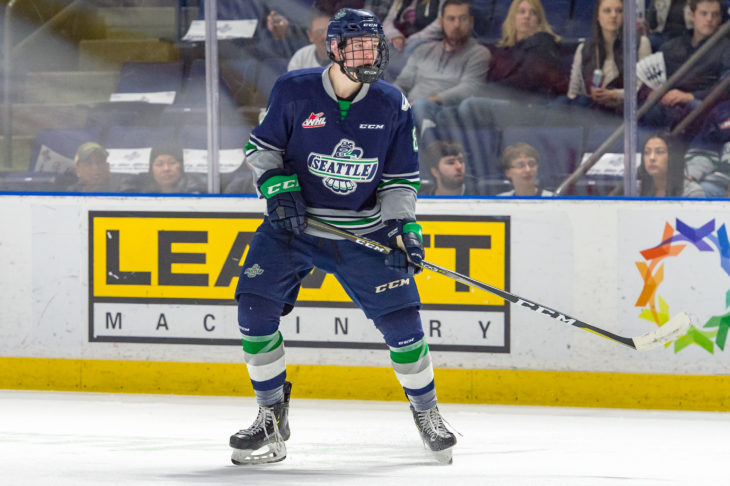 ST: Being one of the younger guys on the team, what things have you learned from some of the veterans?

LB: They have taught me how everything works around the rink and gave me really good insight for striving to live up to my potential.

ST: What do you enjoy the most about playing defense?

LB: I like how being on defense presents me with lots of challenges and how it enables me to run the game.

ST: The first game of the season this year on September 21, is against Kamloops, your hometown, here at the accesso ShoWare Center. Are any of your family and friends coming to watch you play? Or are they going to see you when you play at Kamloops October 2?

LB: Yes. I expect a few of my family and friends to travel down and watch our home opener on the 21st.

ST: What kinds of things do you like to do in your free time?

LB: I like hanging out with my friends and playing other sports, like basketball and spike ball.

ST: Are any of your teammates from the Thompson Blazers or friends from your hometown in the WHL also? Are you excited to compete against them this year? 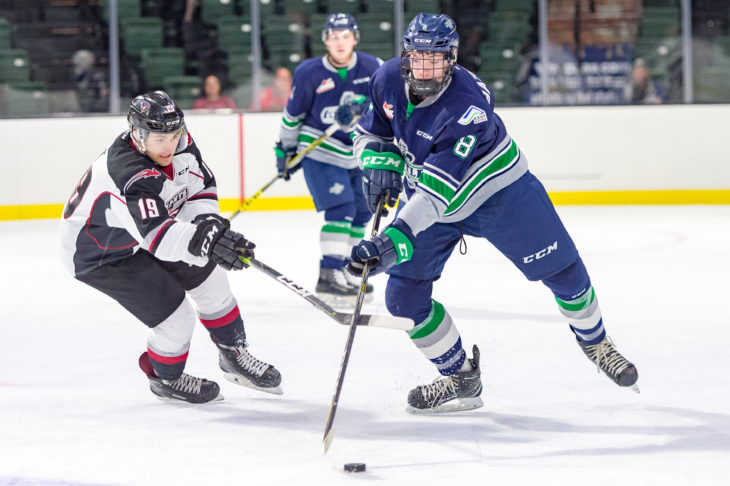 LB: My good friends Aidan, Tyson, and Logan are expected to play next year and I’m excited to have some familiar faces on the ice.

ST: What are your two favorite movies, one sports related and one not?

LB: Allen Iverson Documentary and Benchwarmers are two of my favorite movies.

LB: Dogs because I’ve grown up with them as pets my whole life.

LB: My favorite memory is definitely winning KIBHIT back in 2017.

ST: Thanks for sitting down and talking with us Luke! We look forward to seeing you at training camp!

LB: Thanks for having me. I’m looking forward to the upcoming season.