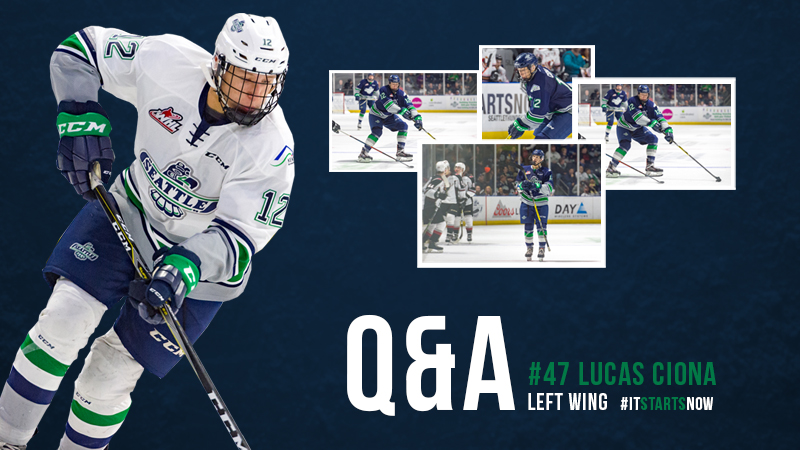 Left wing Lucas Ciona, from Edmonton, Alberta, was selected by the T-Birds in the second round, 32nd overall, in the 2018 Bantam Draft. He was the first of two second round picks by the T-Birds. Ciona appeared in three regular season games with the T-Birds last season. Ciona played 29 games with the Northern Alberta Xtreme Prep team in the CSSHL last year and had 12 goals and 15 assists for 27 points. Ciona took some time to sit down with us and answer some of questions about his summer, his hopes for this season and what he’s most looking forward to.

Seattle Thunderbirds: Thanks for joining us Lucas! How’s your summer been so far?

Lucas Ciona: My summer has been very good. I have been enjoying the time off but also training very hard for the upcoming season.

ST: You made your T-Birds debut on November 21 against Vancouver. What do you remember about this game?

LC: I remember being very excited and a little nervous. It was awesome to be at home in front of a packed barn and get to experience the ShoWare atmosphere.

ST: You played two more games with the us after the game against Vancouver. How was the level of play for you transitioning from the Xtreme to the WHL?

LC: Going from Xtreme to the WHL was a big step up; it was much faster and less forgiving of mistakes. Playing in those next two games was a great experience and gave me memories that I will never forget. 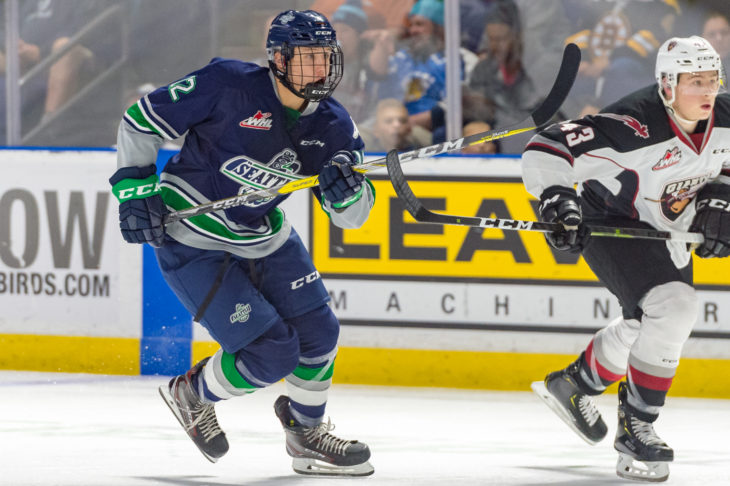 ST: How do you feel your season with the Xtreme went last year?

LC: My season went very well; I developed and became a better player throughout the year. The Xtreme was a great fit for me two years in a row and I could not have been happier.

ST: You won the 2019 CSSHL Championship with Xtreme? What was that playoff run like?

LC: The playoffs were a great time. Our team came ready and determined to win the championship. We couldn’t have had a better time together throughout that week. I felt I played well and had a big impact in the tournament.

ST: You are one of several rookies coming to Training Camp looking to grab a roster spot? What are you doing to prepare for the coming season?

LC: This off-season I have been training with RVX Factor here in Edmonton. Along with that, I have been skating a lot with Steven Goertzen to get to the next level. This summer has been full of great training all helping me get ready for the training camp and the upcoming season.

ST: You were at the Development Camp in Edmonton in early June. How did the camp go for you?

LC: Spring camp was a lot of fun for me. It was another place to showcase myself and give the organization something to look at. It was also awesome for me to get to know all the new prospects that have come into the organization. 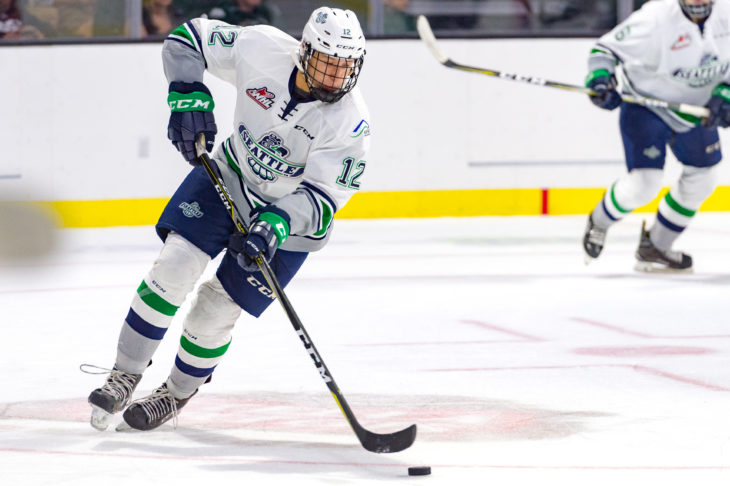 ST: What did you think of some of the off-ice elements of Development Camp? Yoga session. Ball hockey. Fitness and Conditioning sessions.

LC: I personally loved all the ice sessions. They are a big part of a hockey players lifestyle. Off-ice sessions are vital for players to stay at top levels and remain healthy. Ball hockey was also a very fun event in the camp; having the barbecue and the tournament was also very exciting. I think it brought everybody closer.

ST: What are a few things you feel you’ve done to build off last season? How can these things translate into your game?

LC: This off-season I’ve been getting stronger in all aspects of my game, but the one that stands out most to me is my speed. I have been training very hard so that I can be faster on transitions and overall speed so that I can handle the play and speed in the WHL.

ST: What are you most looking forward to this upcoming season?

LC: Everything. This season will be an eye opener and it will have many ups and downs. Being young, I want to enjoy every moment of it and be the best I can be.

ST: Being from Edmonton, are you an Oilers fan? If so, what do you think of the moves by the Oilers to bring in Ken Holland and Dave Tippett?

LC: I’ve always been a little bit of an Oilers fan. I like the hometown teams bringing them in. It was a good move. I think that they have a plan in place that will bring them success soon. 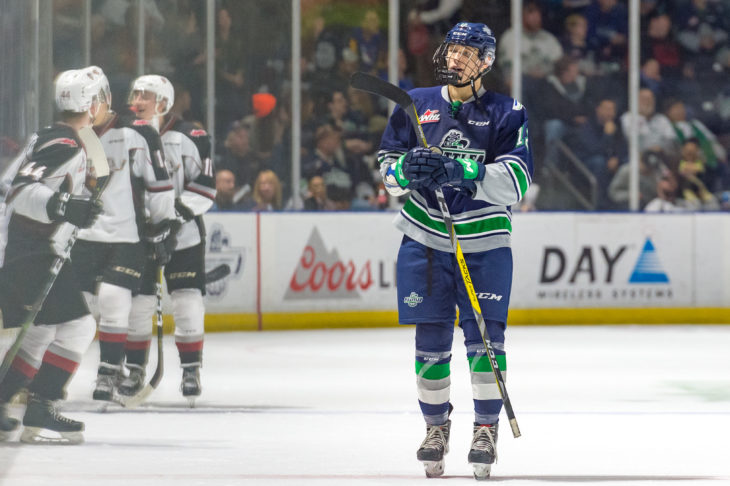 ST: Are you planning on doing any traveling before you have to head to Training Camp?

LC: I went to the mountains with my family to go hiking. We’ll be going to Florida to visit my mom’s family for about a week. Besides that, I will be enjoying training and some golf until training camp.

ST: Thanks for the time Lucas. We’ll see you at Training Camp.

LC: Thank you for having me, it was a pleasure. See you at camp!