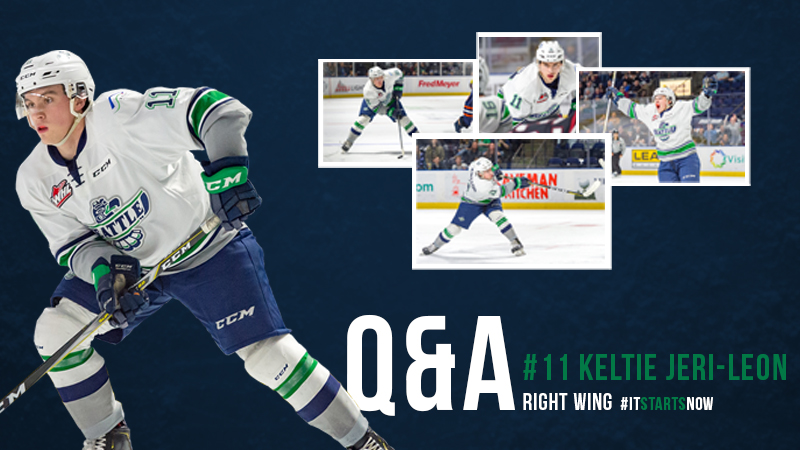 Keltie Jeri-Leon was acquired by the T-Birds in January from the Lethbridge Hurricanes. Jeri-Leon played in 34 regular season games and had three goals and seven assists. Jeri-Leon played in five playoff games, scoring a crucial goal in the second period of Game 4 against Vancouver which sparked a come-from-behind 4-3 win. Keltie took some time to sit down with us and talk about last season, the playoffs, and what he is doing this offseason to prepare for the 2019-2020 season.

Seattle Thunderbirds: We appreciate you taking time to sit down with us Keltie. How has your summer been?

Keltie Jeri-Leon: My summer has been really good. I am enjoying time with family and friends.

ST: You joined the Thunderbirds in January from Lethbridge. What was your reaction on being traded and what did you know about the T-Birds at the time?

KL: I actually had no idea I was being traded so it was very unexpected. But in saying that I was looking forward to the opportunity. I was familiar with the Thunderbirds as I had talked to them multiple times during the bantam draft, as well played in the ShoWare center multiple times.

ST: You’ve played in all the US Division arenas and seen the team rivalries up close. Do you think Everett or Portland is our biggest rival?

KL: Playing throughout all the US Division arenas and seeing the team rivalries up close it’s tough to choose between Portland and Everett. I would consider both teams as big rivals.

ST: You scored a huge goal for the T-Birds in Game 4 of the first round of the playoffs last season which sparked a come-from-behind 4-3 win over Vancouver. Take me back to that moment and how that changed the momentum of the rest of the game.

KL: That was definitely one of the craziest games of the year for sure! Volcs (Volcan) just made a good play driving the net and took two Vancouver players into the boards and the puck was just sitting there. I came in and picked up the puck, came around the net and waited until I had an open corner. After getting one, it gave us and the fans a sense of hope and excitement that we were still in the game and it gave us a lot of momentum to build off of. Right away you could feel the building gaining energy and the fans were on their feet cheering us on. 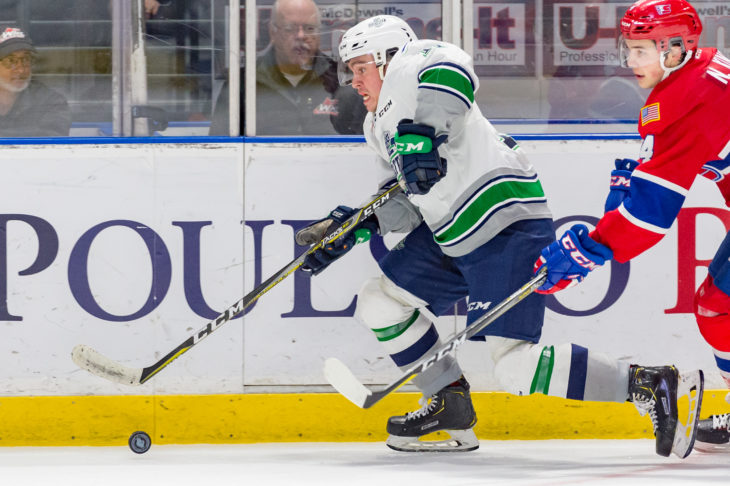 ST: The playoffs didn’t end the way we wanted them to. What can we take from that experience and apply to this coming season?

KL: Yeah, like you said it definitely did not end the way we wanted it to at all, leaving a bitter taste in our mouth.  As a group we can build off of the experience and continue into this season with our “never quit” mentality.  This gives us the drive to go out there and have a better result than last year.

ST: You’re a Kelowna native. The T-Birds are playing in Kelowna on January 24th and March 6th this upcoming season. What’s it like playing in your hometown and do your family and friends have those two games marked to come cheer you on?

KL: Yeah, as soon as the schedule came out my family and friends marked it on their calendars and will be looking at getting tickets as soon as possible. They all will be there watching as it is pretty special to play in the rink you grew up dreaming of playing in one day.

ST: What have you been doing this offseason to prepare the coming season?

KL: I have been doing lots of different off-ice training along with skating and staying healthy! 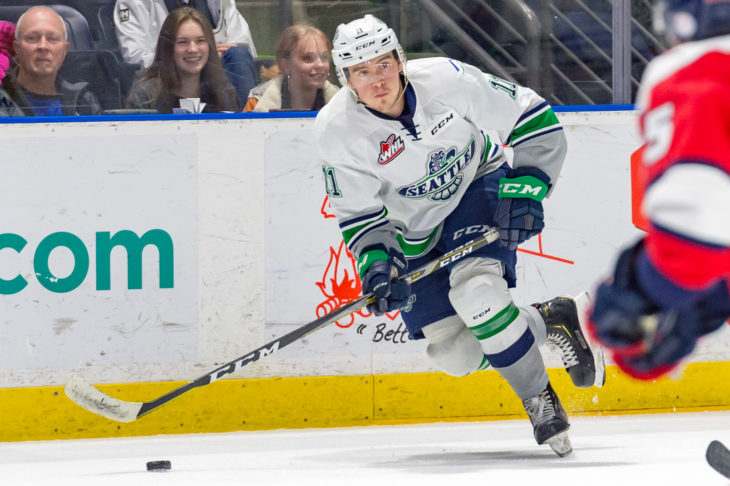 ST: What are some of the things you like to do in your free time?

KL: Usually in my free time I am doing something hockey related like shooting pucks or roller blading. I have also been doing some boating and golfing.

ST: What is one thing you’re really looking forward to for this upcoming season?

KL: I am really looking forward to seeing all the guys again as well as playing beside them and back playing in the ShoWare in front of the amazing fans.

ST: Thank you for your time Keltie and we look forward to seeing you this season!

KL: Thank you! I am really looking forward to this season as well!!!