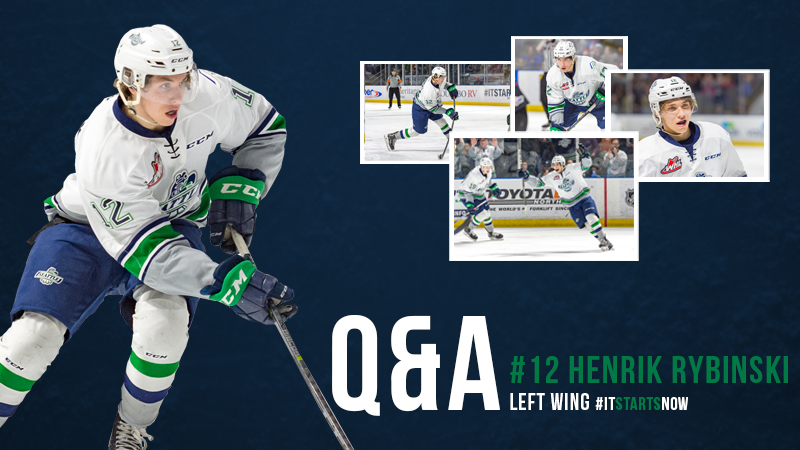 Henrik Rybinski was drafted by the Florida Panthers in the fifth round, 136th overall, in the 2019 NHL Draft. Rybinski joined the T-Birds in January after a trade with the Medicine Hat Tigers. Last season with the T-Birds, the Vancouver, British Columbia product registered 35 points on 7 goals and 28 assists with 16 penalty minutes in 33 games. Rybinski just returned from the Panthers Development Camp and took some time to talk to us.

Seattle Thunderbirds: First of all, congratulations on being drafted by the Panthers! What was it like to hear your name called and being selected?

Henrik Rybinski: Thank you! It was an unbelievable feeling to have my name called at the draft. It was a dream come true.

ST: From what I understand you weren’t at the Draft. But raced to Rogers Place once the Panthers selected you. Take us through what happened there.

HR: Well, during the draft I was taking a driving test. Right after I finished it, the team called and told me to come down, so I headed toward the rink and met the team.

ST: Were you expecting to be drafted? Had you talked to any teams prior to the Draft?

HR: I definitely thought I had a chance since a couple of teams had talked to me prior to the Draft and was overjoyed to hear that I was selected by the Panthers. 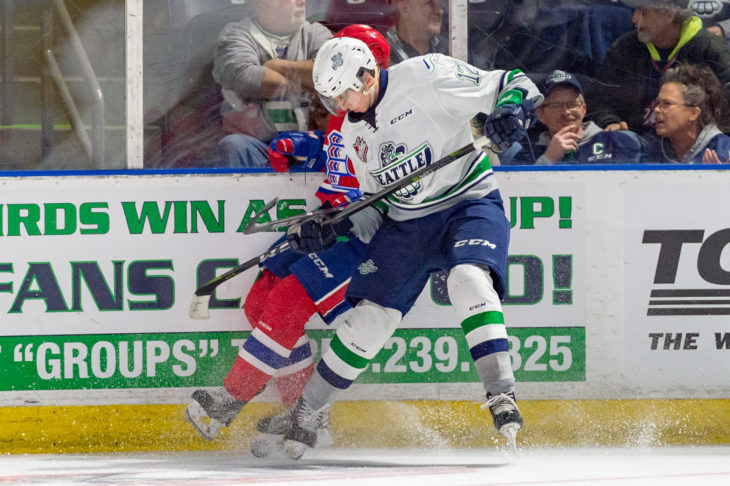 ST: What was the Panthers’ Development Camp like? What did you work on specifically?

HR: The camp was loads of fun. We got to meet the staff there and visit the area, and it was really enjoyable. We worked on on-ice skills, as well as the mental side of the game while we were there.

ST: What is something you took from the Panther’s Development Camp that you want to put into your play for this season?

HR: I learned that I should focus on always trying to improve my game, so I am going to work on getting better every single day.

ST: What type of off-ice activities did you do at the Development Camp?

HR: We went to the Miami Marlins game and went bowling as a group.

ST: What has your off-season been like so far?

HR: It’s been a very enjoyable, yet tough off-season trying to improve myself for the upcoming season. 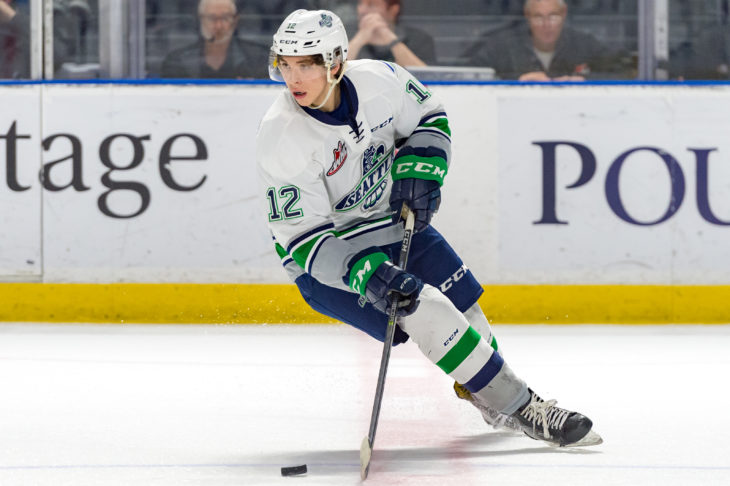 ST: What are you doing during the summer other than training and hockey?

ST: What does your pregame routine look like? Do you have a go-to playlist you listen to or meal you like to eat?

HR: I honestly don’t really have any routine. For me, I just try to stay as loose as I can and not stress, so whatever will help me with that I do.

ST: What NHL player do you try to model your play after?

HR: Well, back in the day it used to be Saku Koivu but now it’s Jonathan Toews because of how dependent he is on both defense and offense. 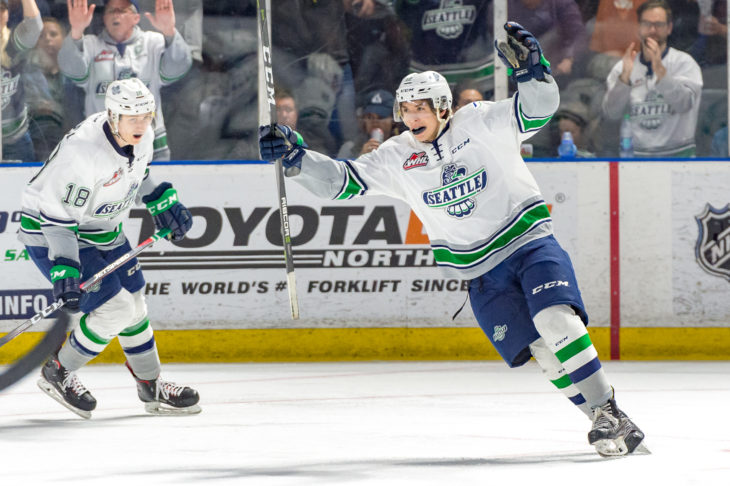 ST: What are you looking forward to in the upcoming season?

HR: Being back with the team and improving on what we accomplished the second half of last season!

ST: What is a goal for you and the team for this season?

HR: I think for me is to step up and take on a bigger role and l want to see our team make a deep run in playoffs this year.

ST: Thanks for your time Henrik! We look forward to seeing you at Training Camp.

HR: Thank you! See you then!