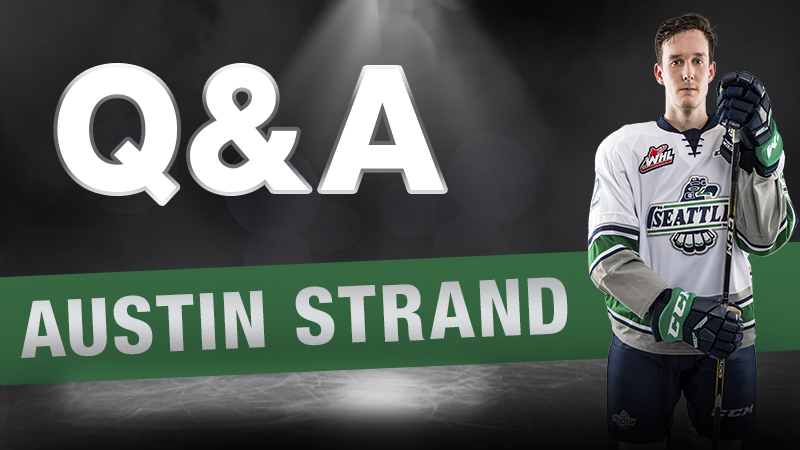 Austin Strand, a native of Calgary, Alberta, came to the Thunderbirds from the Red Deer Rebels in a trade in December of 2016. During the 2016-17 season, Strand played in 38 games with the Rebels, and 36 with the Thunderbirds, finishing out the season with eight goals and nine assists for a total of 17 points with the Thunderbirds. We had the chance to talk with Austin and see how his offseason has been.

Seattle Thunderbirds: Thanks for joining us today, Austin. How has your offseason and summer been so far?

Austin Strand: Thanks for having me, the offseason has been going very well. I’ve been really enjoying being back home and being able to spend time with my family and friends. Been staying in the gym for most of the summer but also taking a little vacation coming up here in early August, heading down to B.C.. Definitely missing Seattle and all of the boys right about now.

ST: Congrats on being a part of the team’s first WHL Championship! How does it feel to be a part of Thunderbird history?

AS: Still feels so amazing, just the other day I saw True’s game winning goal on Twitter and had to re-watch it a couple of times, still gives me chills. It’s special being a part of history and seeing my name etched into the Ed Chynoweth Cup along with all the guys who battled along the way with me.

ST: What is one thing that you will most likely take away from the Championship run that you can apply to your future hockey career?

AS: That feeling you get being a champion is indescribable and like no other so now that I’ve had a little taste for it, it just makes me want to do it again even more, at any level of hockey. Also, being in those big games with all the pressure also will help me be used to the feeling in the future. 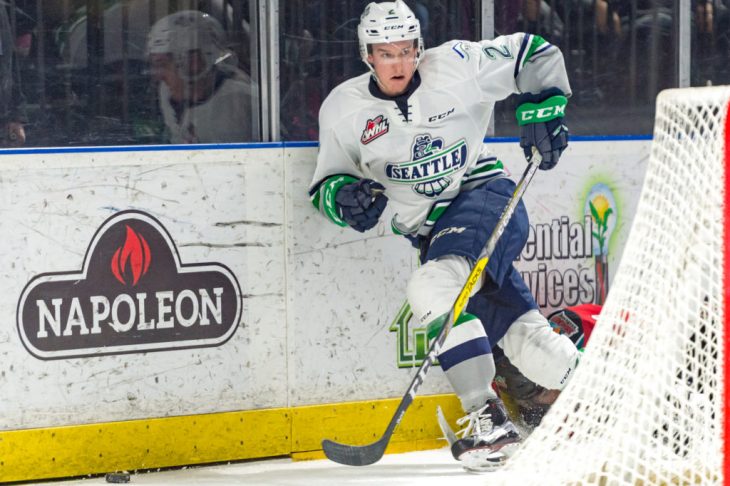 ST: You played two full seasons with the Red Deer Rebels and played in the 2016 Memorial Cup with them, do you think that experience was beneficial for you this past season in the playoff run the Birds had?

AS: The experience was definitely helpful. I noticed I was able to handle the pressure really well. In my Memorial Cup run with Red Deer, my role wasn’t as big as the role I had in Seattle, so that year in Red Deer I was able to watch the older guys do their thing and learn from them. I enjoy playing in those big moments and being out there in the last couple minutes of the third period trying to help the team hold a lead or try and gain the lead.

ST: Matt O’Dette is the new head coach. What are you expecting from Matt now that he is the head coach?

AS: Expecting a similar coaching style and mentality as last year’s team, I’m very excited about it. I just chatted with him on the phone the other day and congratulated him and talked about the upcoming year, Odie and I have a good relationship so I look forward to it. 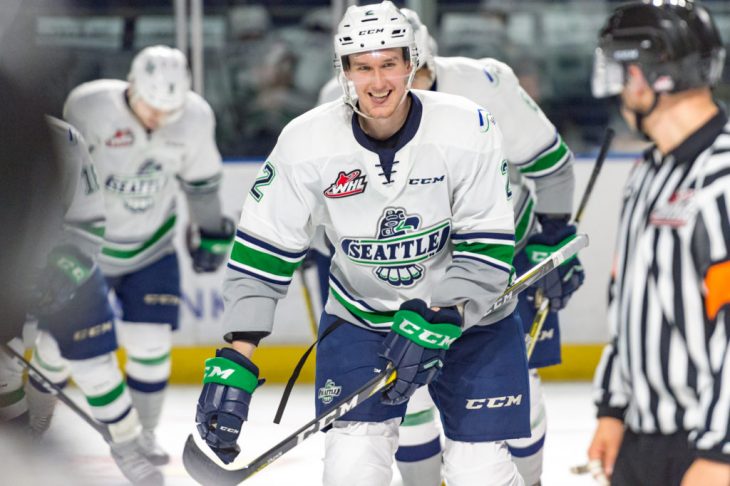 ST: What type of training have you been going through this offseason?

AS: I work out at a gym called Crash Conditioning, it’s all hockey specific workouts. A lot of professional athletes work out there and my group consists of 5-6 other guys who played in the WHL or AHL. Pretty intense atmosphere which helps me push myself.

ST: Do you have one goal for this upcoming season that you want to accomplish?

AS: No specific goals, just to have a bigger role in Seattle, including a leadership role and try and help the team to another long playoff run. 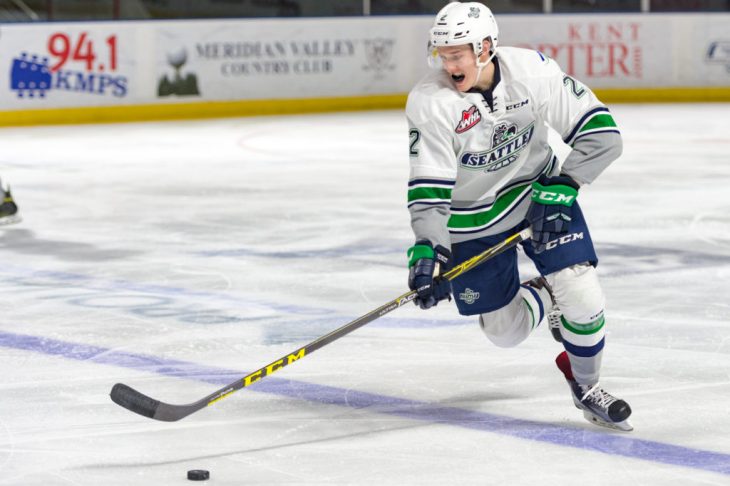 ST: What is something that fans can expect from you during the 2017-18 season?

AS: A lot of intense rivalries between neighboring teams and another good year with some new faces, for sure.

ST: You and Aaron Hyman both are from Calgary. Do you have any history playing on the same minor hockey teams? Or playing against each other?

AS: I played for the Northeast quadrant of Calgary and Hyman played for the Northwest quadrant of Calgary and we played against each other a couple of times in the bantam and midget years. I mostly remember playing Hyman when he was on the Calgary Hitmen and I was on Red Deer because I think our teams played each other about eight or so times a year and played each other in the first round of playoffs my 18 year old year. 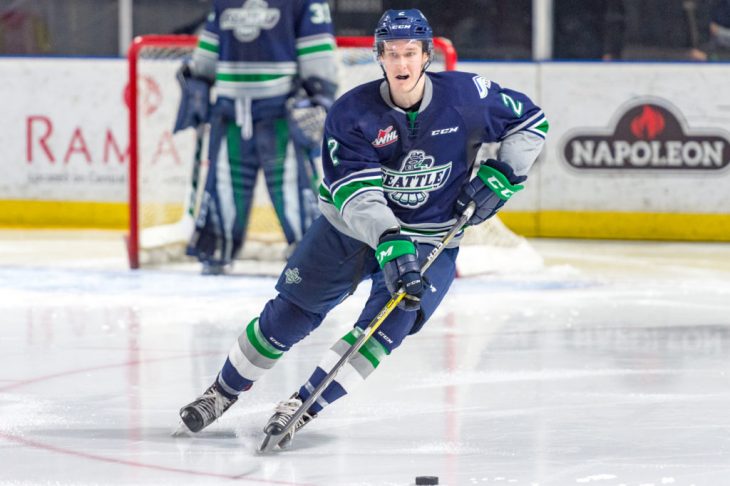 ST: That’s all the time we have for today. Thank you for sitting down with us and chatting, Austin!

AS: Thanks for having me! See you soon.