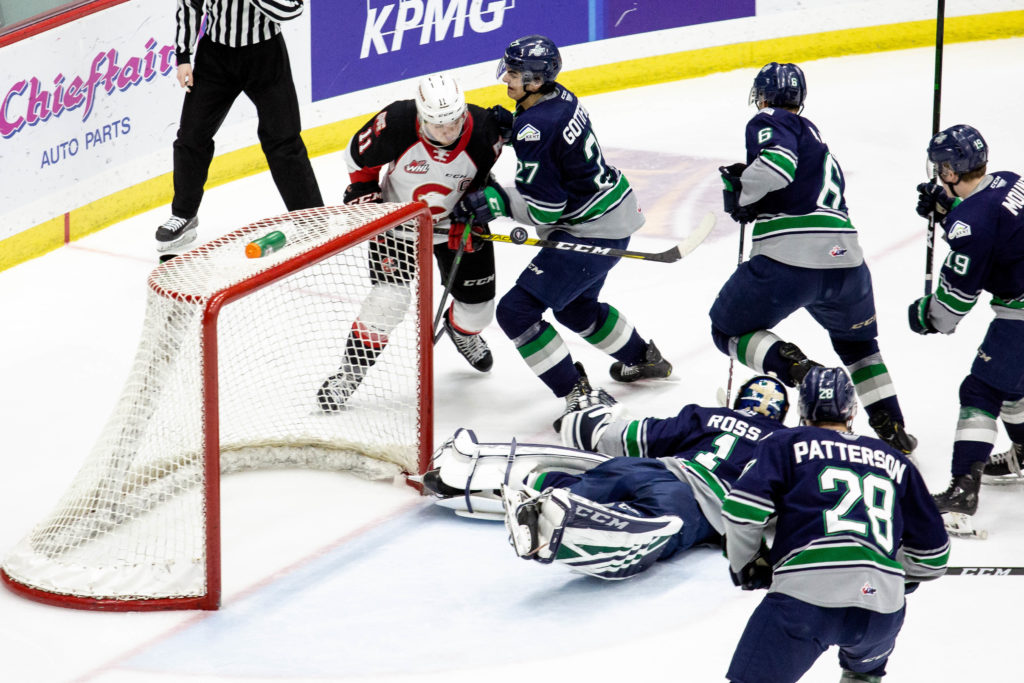 PRINCE GEORGE, BC, February 5, 2020 — The Prince George Cougars defeated the Seattle Thunderbirds 2-1 in a shootout Wednesday night at CN Centre.

Gauthier made the save on Seattle’s second shooter, Andrej Kukuca. Vladislav Mikhalchuk beat Ross to give the Cougars a 1-0 shootout lead after two rounds.

Simon Kubicek came off the bench for Seattle needing to score, and he did just that beating Gauthier on the stick side. Ross made the saves on the Cougars third shooter, Ilijah Colina sending the shootout to sudden death.

Gauthier stopped Mount but Ross was not able to make the save on Cole Moberg and the Cougars won the game.

Seattle took a 1-0 late in the first period on a power-play goal by Andrej Kukuca. Payton Mount won a battle for the puck behind the Prince George net to Simon Kubicek in the left corner. Kubicek passed the puck to Kukuca in the high slot. Kukuca took a stride and then put a wrist shot on goal that beat Gauthier on the stick side.

Prince George tied the game 1-1 with six minutes left in the second period when Colina scored.