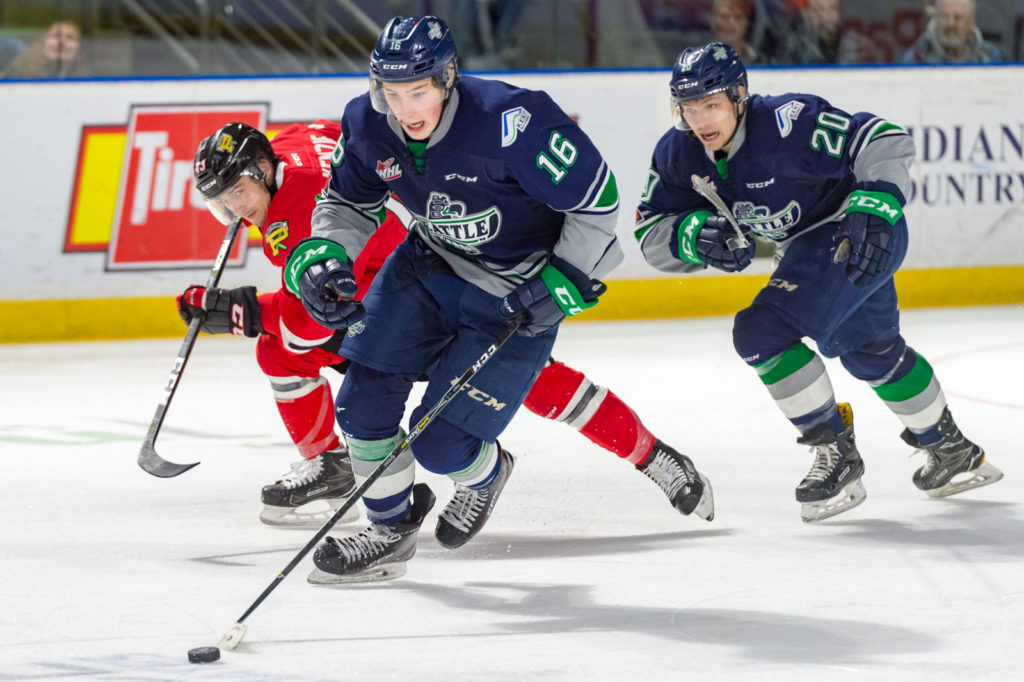 Volcan has two goals in 7-4 loss to Winterhawks

KENT, March 4, 2018 — Kieffer Bellows had a hat trick Sunday night at accesso ShoWare Center to lead the Portland Winterhawks to a 7-4 win over the Seattle Thunderbirds.

The T-Birds next game is Tuesday against the Americans at accesso ShoWare Center at 7:05pm. It is the last Directors Mortgage 2-for-Tuesday of the season.

The Winterhawks made it 2-0 at 5:25 of the first when Jake Gricius scored. Lane Gilliss and Mason Mannek had the assists.

Glass scored on a breakaway at 10:29 of the second to make it a 3-0 Winterhawks lead. 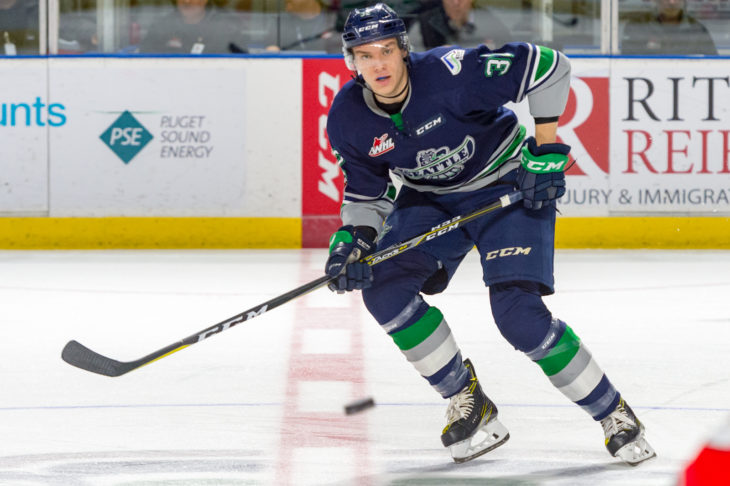 Seattle got on the board at 15:32 of the first. Holden Katzalay won a faceoff in the right circle back to Reece Harsch at the right point. Harsch took a slap shot that Mike MacLean tipped past Portland goalie Shane Farkas.

Bellows scored on a five-on-three power play at 2:10 of the second and then scored just after a power play ended, at 4:08, to give the Winterhawks a 5-1 lead.

The T-Birds got on back one back on the power play at 8:06 of the second. Austin Strand had the puck at center ice and passed it to Donovan Neuls in the right circle. Neuls took a slap shot that Nolan Volcan tipped past Farkas.

The Winterhawks had a 29-19 advantage in shots on goal by outshooting the T-Birds 15-11 in the second period.

Volcan cut the Winterhawks lead to two goals at 10:12 of the third period. Volcan took a pass from Strand at the right point and skated into the high slot. Volcan beat Farkas low with a wrist shot for his second goal of the game. 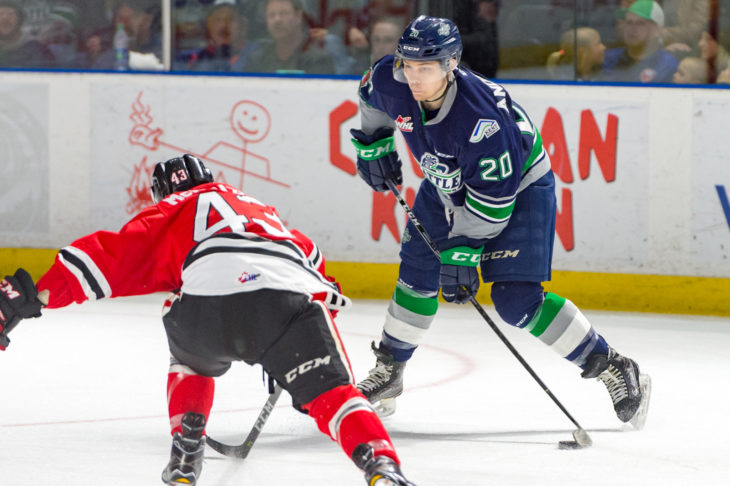 Seattle got within one goal at 16:41 of the third. Austin Strand took a shot from center ice inside the blue line. Farkas made the save but Zack Andrusiak was on top of the crease to bang in the rebound for his 30th goal of the season. Noah Philp had the second assist on the goal.

The T-Birds pulled goalie Dorrin Luding with 1:25 left in the game. They generated pressure, but Ryan Hughes got to a loose puck and send it the length of the ice to get Portland’s sixth goal with 47 seconds left in the game.

Seattle attempted to pull Luding a second time, but Brendan De Jong scored as Luding tried to get back to the net with 19 seconds left in the game.

Seattle outshot Portland 17-9 in the third period. Portland had the advantage overall, 38-36, in shots.