Ottenbreit and Luding Stuff Broncos In Eight Round Shootout 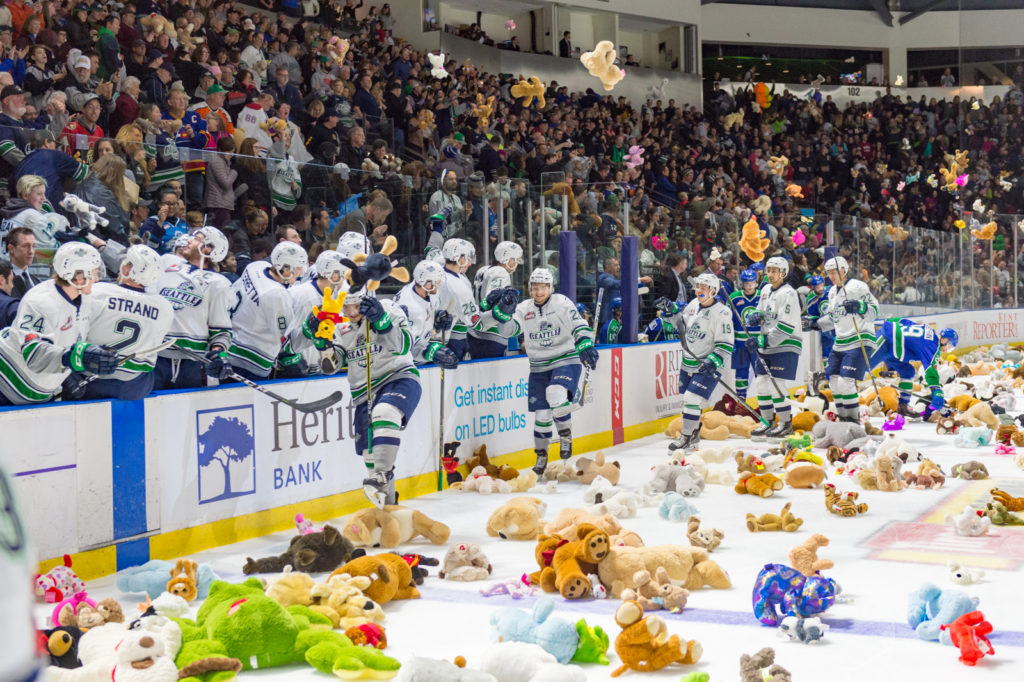 Donovan Neuls was the T-Birds third shooter and he beat Hofer with a backhand shot through the goalies legs. Tyler Steenbergen needed to score to keep the shootout going for the Broncos and he beat Luding.

Nolan Volcan was stopped by Hofer and Luding denied Glen Gawdin in the fourth round. 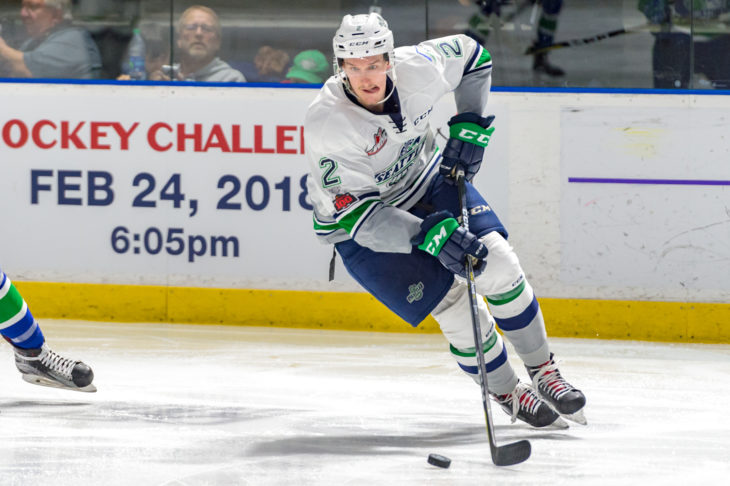 Austin Strand beat Hofer through the legs in the fifth round. Artyom Minulin needed to score to extend the shootout and he was successful.

Hofer made saves on Sami Moilanen and Samuel Huo in the sixth and seventh rounds of the shootout. Luding matched Hofer by stopping Colby Sissons and Beck Malenstyn. 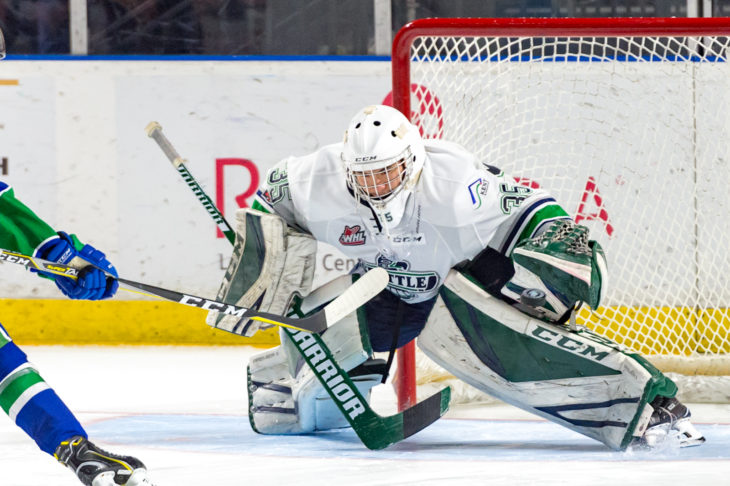 The T-Birds have a four-game win streak and will face the Brandon Wheat Kings at accesso ShoWare Center on Tuesday at 7:05pm.

Swift Current (33-10-3-1) opened the scoring at 1:17 of the first period on a breakaway goal by Gawdin. Steenbergen had the only assist.

Seattle (24-16-4-2) tied the game 1-1 on the power play at 5:14 of the first. Andrusiak took a shot from the right circle. The puck rebounded off Hofer to the slot where Dillon Hamaliuk got a shot off. Nolan Volcan put the rebound from Hamaliuk’s shot past Hofer for his 24th goal of the season.

The T-Birds extended the lead to 2-1 at 10:46 of the first. Moilanen took a pass from Owen Williams for a two-on-one break. Moilanen beat Hofer with a wrist shot for his 19th goal of the year. Neuls had the second assist.

The Broncos tied the game 2-2 at 17:08 of the first on a goal from Sissons. Heponiemi and Steenbergen had the assists.

Neuls put the T-Birds up 3-2 with a power-play goal 1:30 into the second period. Jarret Tyszka passed the puck from center ice to Neuls in the left circle. Neuls beat Hofer over the glove with a wrist shot for his 17th goal of the season.

Seattle took a 4-2 lead at 7:59 of the second. Strand passed the puck to Andrusiak in the left circle. Andrusiak took a shot with Wedman on top of the crease. Wedman redirected Andrusiak’s shot past Hofer for his ninth goal of the season.

Andrusiak made it a three-goal lead at 14:42 of the second with his 21st goal of the season. Wedman had the only assist.

Estephan cut the T-Birds lead back to two goals at 16:40 of the second with a power-play goal. Steenbergen and Gawdin had the assists.

Seattle grabbed the three-goal lead back courtesy of a Swift Current turnover in the slot. Noah Philp got the loose puck and came in all alone on Hofer. Philp beat Hofer with a backhand deke at 17:20 of the second.

The T-Birds outshot the Broncos 15-3 in the third period and led 27-14 in shots after two periods.

The Broncos scored three goals in the third period to come back and tie the game 6-6. Steenbergen scored at 6:29, Estephan scored at 17:03 and Malenstyn scored with Hofer on the bench at 18:46.